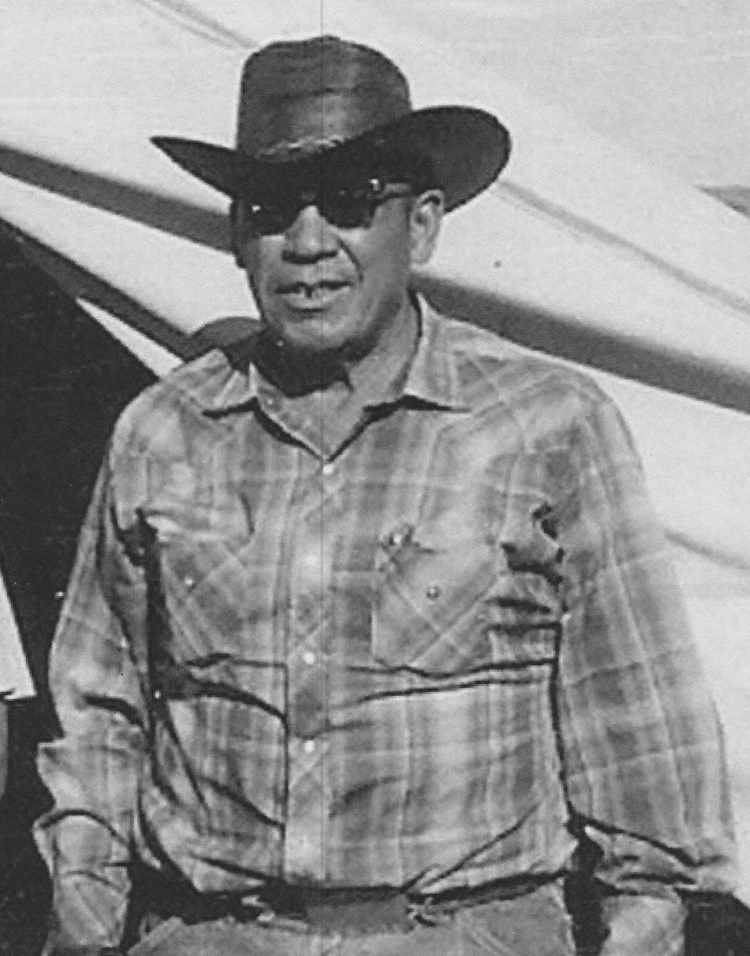 Guy Anthony Fox was born in 1902 and lived his entire life on the Fort Berthold Reservation–Elbowoods, Shell Creek and Mandaree. As a youth, he went to school at Shell Creek and later attended Pipestone Indian School in MN.

A member of the Flint Knife clan, his first name was Yellow Dog, but his Grandmas Nora and Sarah purchased the name Bright Wings from a Crow family for him.

Eventually, Fox was allotted 320 acres of land and ranched and farmed successfully. His registered brand was the Seven-U-V on the right flank.
​
He built a practice arena southeast of his home at Shell Creek where many native cowboys could practice bronco busting, bulldogging and roping.
​
Fox married Grace Parshall Fox, and they raised a big family of 15 children, several of whom also became outstanding rodeo cowboys.

His forte was in saddle bronc riding; he won at the Cannonball Rodeo in 1930 and, in 1938 and ‘39, was a contestant at the Van Hook Rodeo. He also participated at both the Sanish and Van Hook rodeos on the Fourth of July 1947.

Fox was a self-taught, non-traditional painter whose work is mentioned in the biographical directory of American Indian painters compiled by Jeanne Snodgrass. He obtained a tape recorder, and many people visited his home to record their songs.

He served on the tribal council during the 1950, was a member of the Mandaree School board and was active in the NDRA. Fox died in 1971 and is buried at the St. Anthony Cemetery, Mandaree.