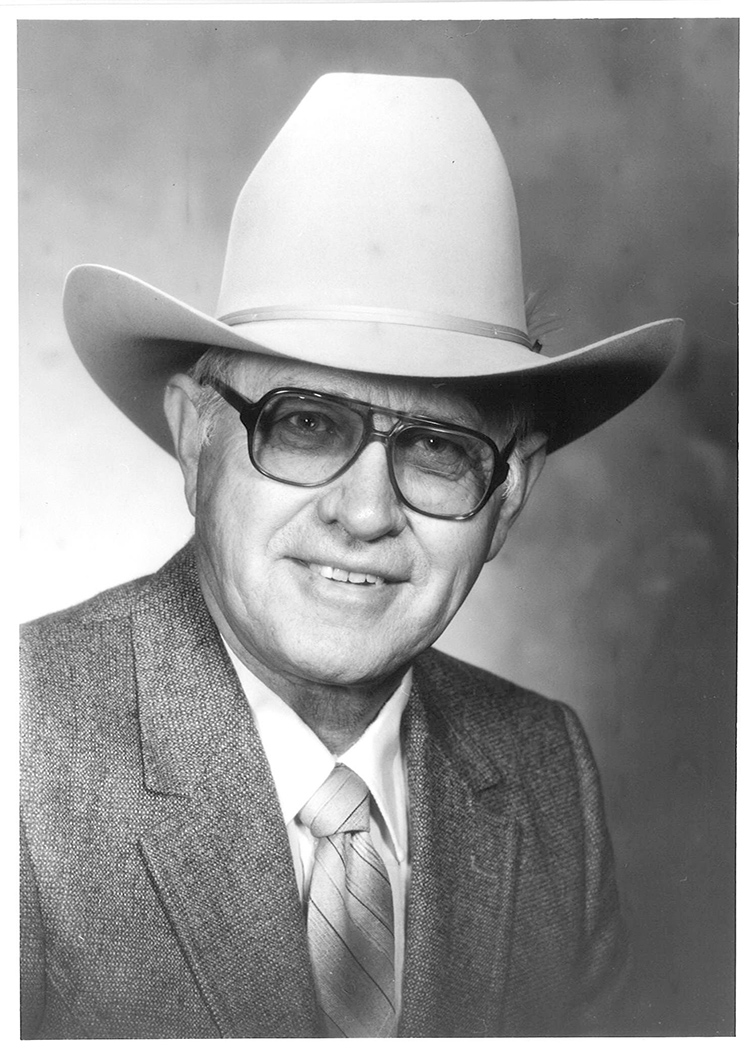 Gerald “Pat” Effertz, the youngest of eight children was 13 in 1938 when his father Joseph died leaving he and his two older brothers to help their mother Hannah hold onto the farm homesteaded in 1903, near Velva, ND.

After graduating and serving in the Merchant Marines for two years Pat returned home and worked in Minot until he was able to rent and then buy the home farm from his oldest brother. His ranching life began by convincing a banker he could buy young feeder cows from the sale barn and use homegrown feed to add weight for profit.

In 1950, he married Loretta Ann Bodine and they began to build a family and ranch that would eventually produce 13 children and 40 annual bull sales. The switch to seed stock production began with purchase of a Charolais cow in 1959 and the purchase of grazing land 25 miles north of the Velva homestead.

Today, the cattle operation of registered Charolais, Salers and composite cattle is managed by several of Pat’s sons. Pat embraced the traditional values of ranching, but also recognized the need to adopt new technology and innovations. Tools such as performance testing, EPD’s and DNA testing to improve ranch, feedlot, carcass and eating quality have always been the focus at Effertz Key Ranch. This has resulted in numerous repeat customers, National Champions and Pen of Bulls Champions at national shows as well as many winning entries at the Midland Bull Test.