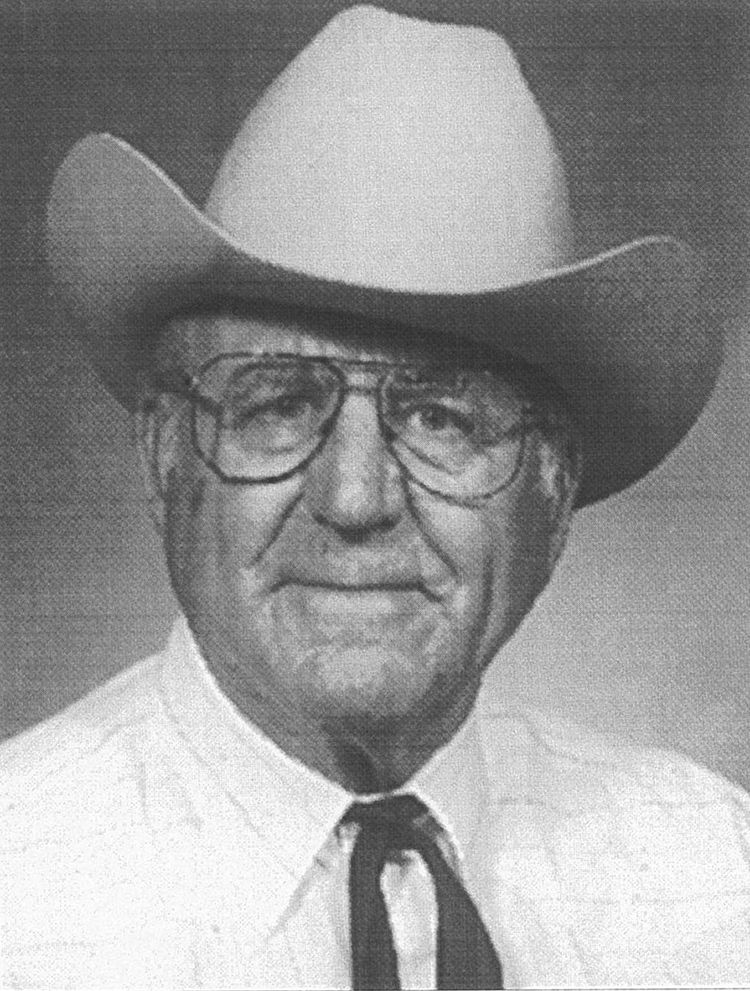 George attended the North Dakota Agricultural College, Fargo, and Cornell University’s Veterinary College, New York graduating in 1951. He and his wife, Bette (Clausen), whom he married in 1945, moved to Minot, where George became a partner in the Minot Veterinary Clinic. They had two children.
​
He served northwestern North Dakota ranchers and farmers for 34 years and for more than 30 years as North Dakota State Fair veterinarian. He was recognized as North Dakota Veterinarian of the Year in 1981 and retired in 1985.

‘Doc’ George helped establish the Minot Y’s Men’s Indoor Rodeo in 1955 and served on the rodeo committee for 43 years, twice as chairman. He was a charter member of the NDRA and the North Dakota Cowboy Hall of Fame, serving as NDCHF founding board member. George became a PRCA Gold Card member in 1986 and was honored with the John Justin Spirit of the West award.
​
He served as mayor of Minot from 1986-94. He always sported a cowboy hat and often appeared on horseback in parades. George was a cattle breeder, brand inspector and member of the North Dakota Stockmen’s Association, 50 Years in the Saddle and Minot Trail Riders.
​
Though many issues and functions he worked on were urban in nature, he always remembered his western roots and constantly promoted western heritage and culture. He was noted for his clever mind and droll sense of humor. ‘Doc’ George died September 9, 2000.