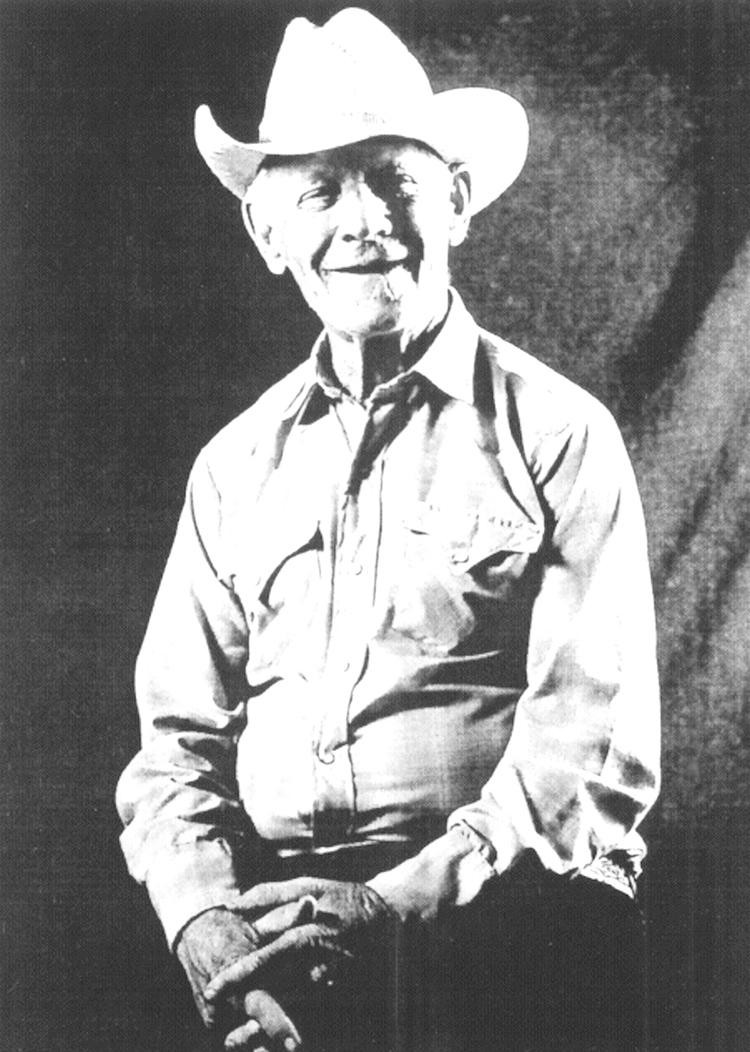 George Fenton was born October 30, 1907, near Oakdale and at the south slope of the Killdeer Mountains. When his father died, his mother moved upriver to live with her brother. He was educated in Grand Forks and Killdeer. After Fenton finished 8th grade, he hiked 25 miles from Killdeer to start a full fledged ranching career at the tender age of 13, working for his uncle, ‘Big Pete’ Peterson.
​
There Fenton herded cattle and learned the benefits of good grazing distribution by observing livestock closely. Like his uncle, he bought land from settlers who were leaving the area. Eventually, the Diamond X Ranch comprised 11,000 acres of owned and leased land. Fenton built stock dams to complement the seven artesian wells and was careful not to overstock his herd or overgraze his pastures.
​
He was especially noted for his good range and grassland management practices. He raised beef cattle, mostly Herefords, and was respected as a cattleman of the finest caliber. Fenton appreciated horses, trusting them more than an engine. He used equine power for haying well into the 1970s and spent the summers putting up hay along the river bottom.
​
Fenton belonged to the N.D. Stockmen’s Association and 50 Years in the Saddle and was a charter member of the National Cowboy Hall of Fame in Oklahoma. As a young man, he’d strap an accordion onto his saddle, ride to a barn dance and play until sunrise.
​
Fenton was unassuming, quietly confident, humble and honest. He shunned the limelight, enjoying instead the company of ordinary hard working folks. He preferred ranching life in tune with the pioneers, rather than modern day ranching. Fenton had a love of the land, an enjoyment of adventure and a tough constitution.

He took a neighbor, Thelma Edwards, as his bride in 1935, and they had four daughters. He died in October 1993 and is buried at the Oakdale Cemetery.