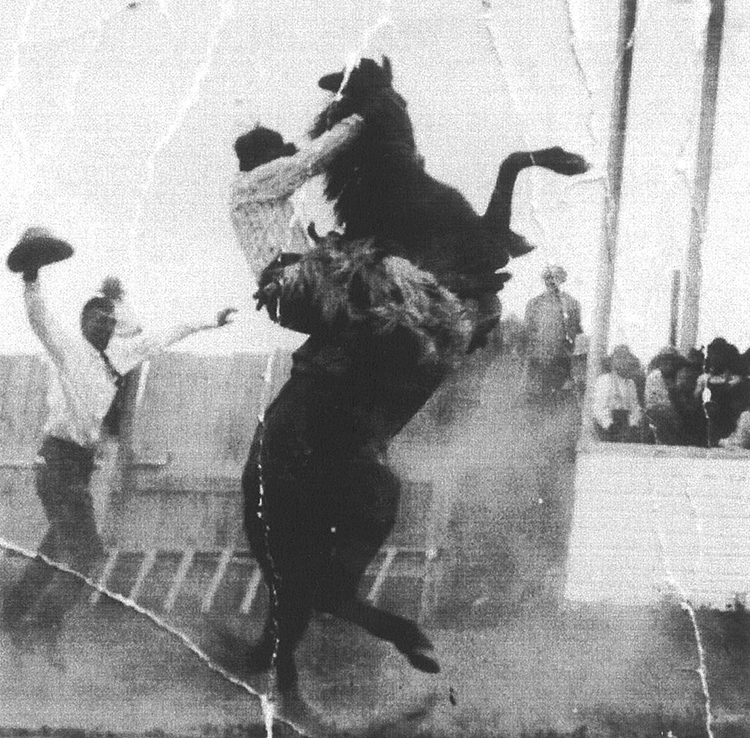 George Defender was born at Kenel, South Dakota, on the Standing Rock Indian Reservation in 1891, a son of George Sr. and Mary (Packineau) Defender. At 16, he started working on the Dye and Zimmerman Ranch, a half-million-acre lease spread throughout the reservation and in Dewey, Corson and Ziebach counties in South Dakota. The DZ horses had reputations as tough buckers and riding the “rough string” probably sharpened Defender’s bronc riding ability.

He later worked for the L7 and ZT outfits. Defender began competing in local rodeos prior to 1914, riding mostly in ND and SD. His first win at the Miles City (Montana) Roundup in 1914, one of the biggest rodeos in the circuit at that time, earned him a reputation as a top bronc rider. He also competed around North America, including at Pendleton, Ore.; Madison Square Garden, New York; and the Calgary Stampede, Canada.

George married Lucille Two Lance of Promise, South Dakota, in 1915, and they had two children. George later married Helen Sees the Bear of Breien, North Dakota. They had six children and established a ranch on the Standing Rock Indian Reservation.
​
In 1928, George was diagnosed with tuberculosis so he took a job with the CA Cattle outfit in Arizona for the drier climate. A 1932 rodeo injury, coupled with the TB, brought on his death on January 14, 1933, at Fort Yates. He is buried at his hometown of Kenel.