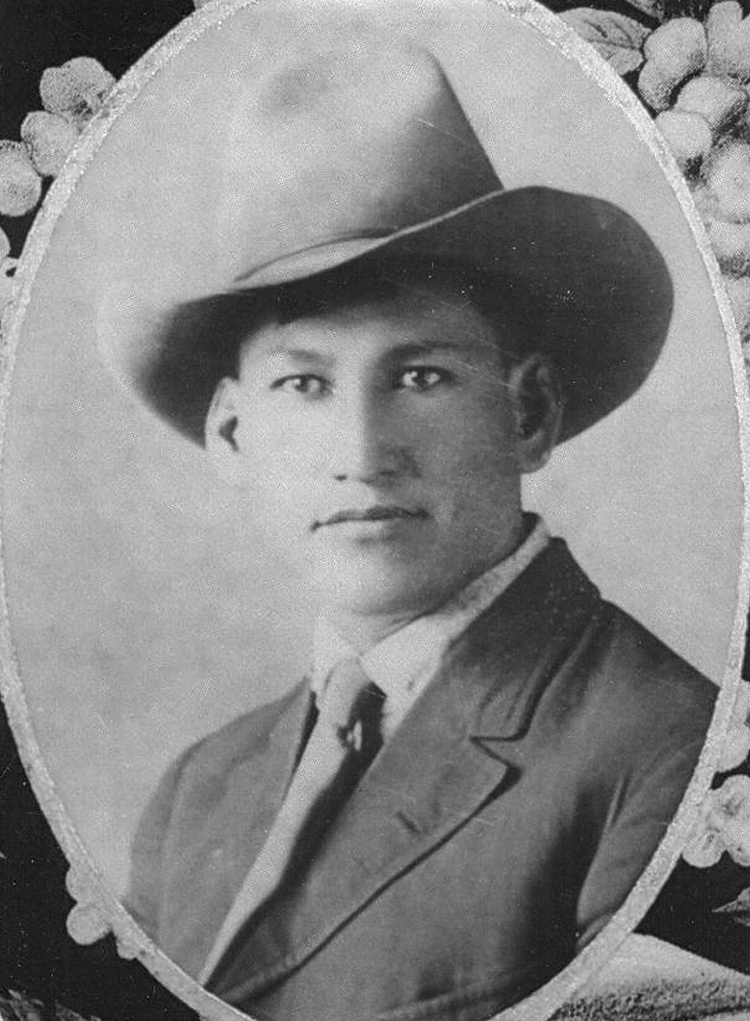 George Charging was born in 1893 in Lucky Mound Township, McLean County, on the Missouri’s east bank, just opposite Independence, in Dunn County. Practically born on horseback, it was only natural that he would eventually compete in rodeo.

At age 17, he was hired by George Phelan to ride the range on the Big Lease within the Fort Berthold Reservation. All of the ranch work provided the opportunity to improve his rodeo skills and prepare him for competition.

In the late 1930s, he provided stock for the Minot State Fair Rodeo. His ranching endeavors did not permit him to travel very far to participate in rodeo competitions.

He competed at the State Fair RAA Rodeo in Minot in 1937 and the Van Hook Annual Rodeo in 1938 and 1939. That year, he won the calf roping event. Charging also appeared at the Sanish, Beulah, Belfield, Elbowoods and Killdeer rodeos during the late 1930s.

Charging was featured on a rodeo postcard that circulated around the Minot area in 1936. At age 58, Charging placed first in the calf roping average at the 1951 Killdeer Mountain Round Up Rodeo.
​
Always the cowboy, Charging rode many miles to assist other ranchers during round ups and brandings, where his roping skills were invaluable. When it came time to ship cattle to St. Paul, he and the Voigt brothers trailed their herds to Parshall on horseback.

Charging was active in his local Catholic church council, as well as the Fort Berthold Tribal Council. He and his wife raised a family of six children. He died in 1952.