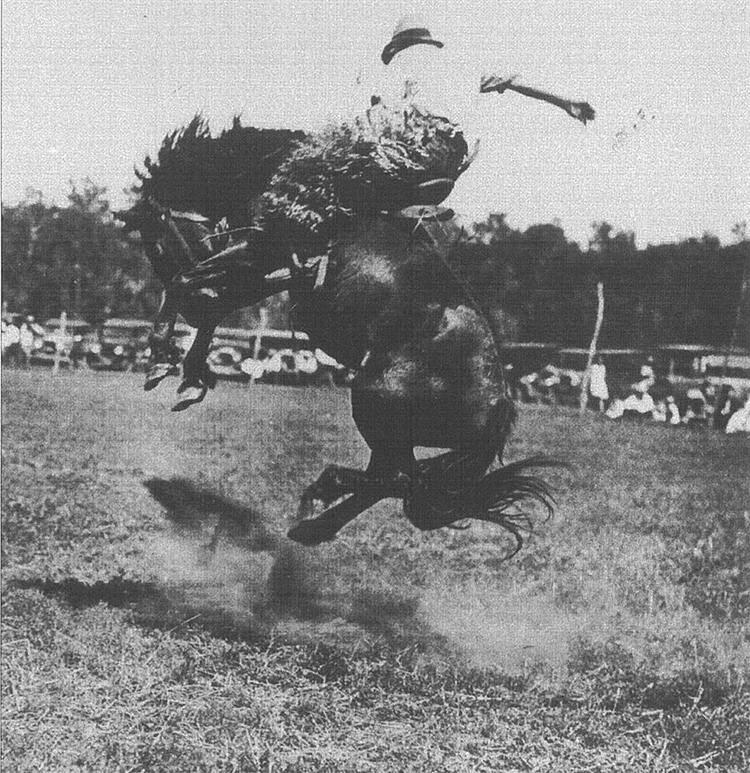 George started trading horses when he was 10 years old, the beginning of a lifetime of buying, training and trading. He lived in the Amidon area until he was 16 and moved to Almont. In the late 1920s, George started stock contracting for area rodeos.

On December 10, 1932, he married Ruby Wagner and bought a ranch at Almont where they raised three children.

During the 1940s and 1950s, George farmed, ranched and milked cows, always holding onto the bucking stock. In the late 1960s, George decided to build a herd for contracting rodeos full time.

George joined the North Dakota Rodeo Association and remained a top contractor until 1988. He furnished bucking horses and practice stock for rodeo schools. His stock earned top awards at rodeos as far away as Gallup, New Mexico. He sold most of his bucking string in 1988.

George was a people person who enjoyed helping cowboys get started and received the Walt Neuens Memorial Sportsmanship Award in 1995. George died on November 5, 2001.