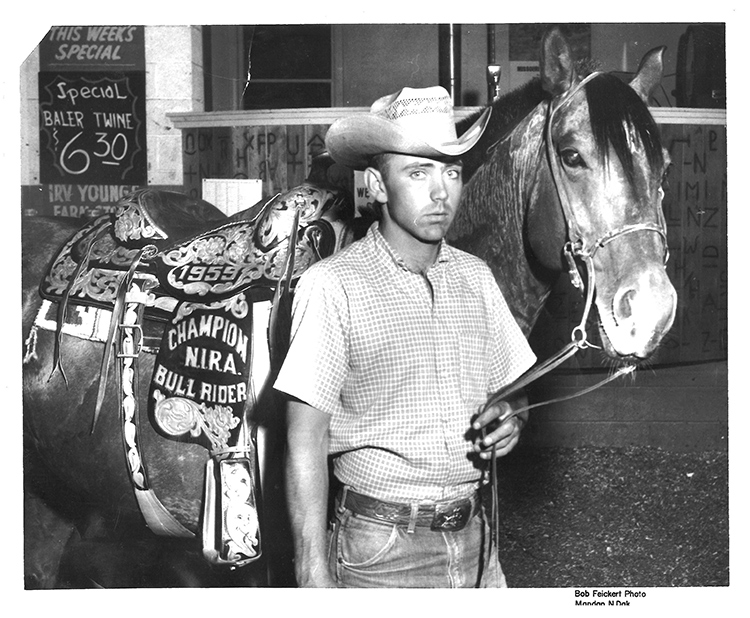 Freddie’s enthusiasm for the sport of cowboys began when he won a blue ribbon at the New Salem Horse show in the Pleasure Horse Class when he was 10 years old. After winning his first prize he built a chute at the old Kist Livestock Sales Ring in South Mandan. He began bucking calves after which he graduated to steers.

Fred placed first in regional college competition in the bull riding event by compiling the most points during the season. States included in this region were ND, SD, Wyoming, Montana, Idaho, Utah, and Colorado.

In 1959, he won the N.I.R.A. Brahma Bull Riding Championship while attending Dickinson State Teachers College. He placed in every college show he entered that year and also won the All-around Cowboy Championship at the University of Wyoming rodeo.

In his rodeo career he won four trophy saddles and numerous silver buckles.