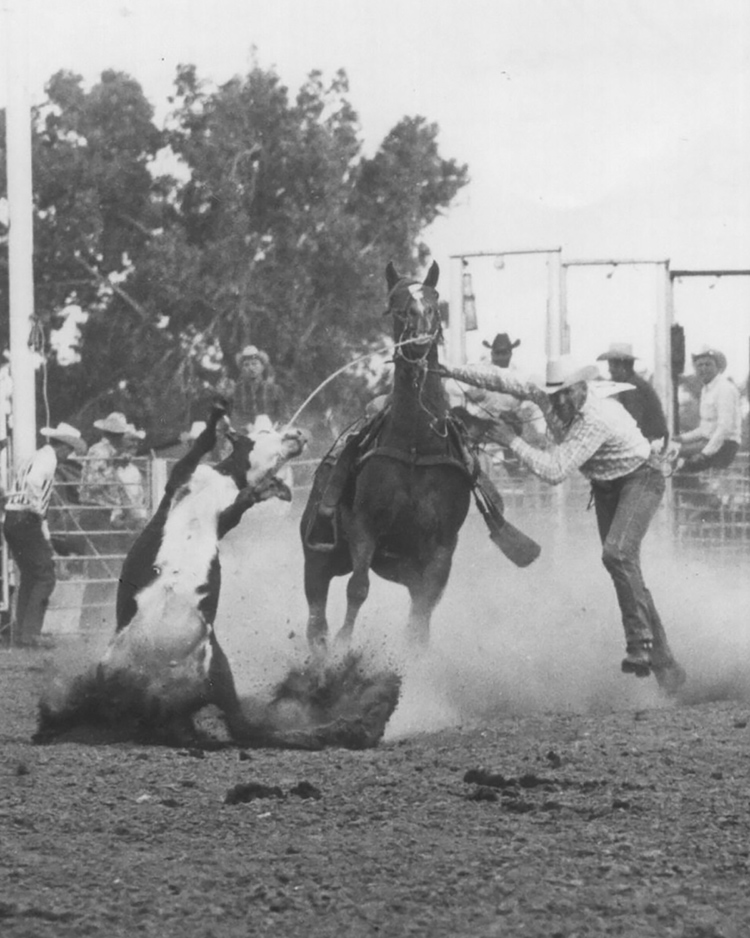 Franklin ‘Tex’ Appledoorn was born January 28, 1933, to William and Sarah (Hell) Appledoorn at Zenith. When he was five years old, the family moved into Dickinson.

During his youth, Tex’s cowboy cravings caused neighborhood challenges as he was always roping other kids. Friends dubbed him ‘Tex’ because he would tie his horse to the nearby athletic field fence to graze.

Tex graduated from high school in 1951 and worked on the Connolly Ranch north of Dunn Center. He started rodeoing in 1952 and attended Dickinson State Teacher’s College. After serving in the U.S. Army from 1954-1955, he returned to college and competed in calf roping, steer wrestling and ribbon roping on the college’s first rodeo team in 1957-58. The team won the Rocky Mountain Region that year.

Tex married Pauline Kuntz on June 10, 1958. In 1959, the couple moved to the Rock Springs Ranch north of Gladstone. They have two children– Bernel and Janel (Lee).

To get started in the ranching business, he broke and sold horses and raised Quarter Horses. Tex served as Killdeer Mountain Roundup Rodeo Association chairman for 31 years, is a Killdeer Saddle Club life member and served on the North Dakota High School Rodeo Association board of directors. He was also a Dunn County commissioner.

Tex continues to ranch with his family north of Gladstone.