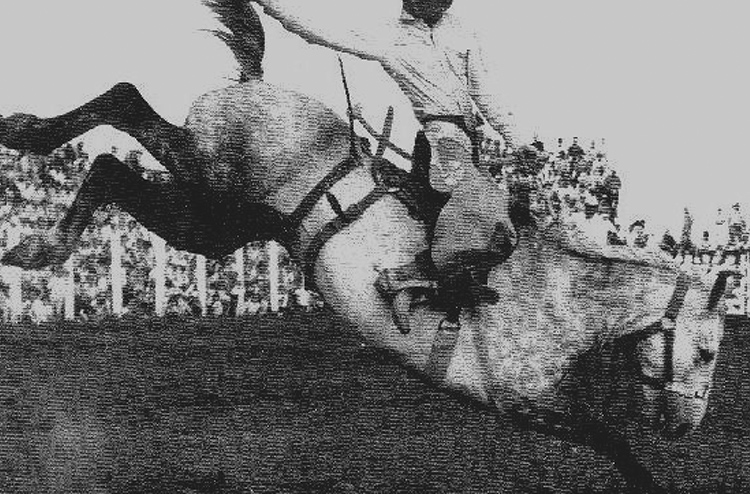 Figure Four was born in the late 1940s on the Figure Four Ranch about 30 miles northwest of Killdeer.

Bred by ranch owner Vic Christensen, he was born to a gentle saddle mare, and his sire is unknown. Vic sold the horse to Nick Fettig of Killdeer in the early 1950s, where Figure Four became part of the rodeo operation.

Nick then sold the horse to Phil Fettig. When Phil died in 1960, the Figure Four ownership transferred to Jack Fettig.

A steel-gray gelding about 16 hands and weighing about 1,300 pounds, he had a good temperament and was easy to handle. Figure Four’s first time out of the bucking chute was as a three year old in the fall of 1952. Perhaps his most famous trip was at the 1956 Dickinson Match of Champions, when six-time World Champion saddle bronc rider Casey Tibbs rode him.