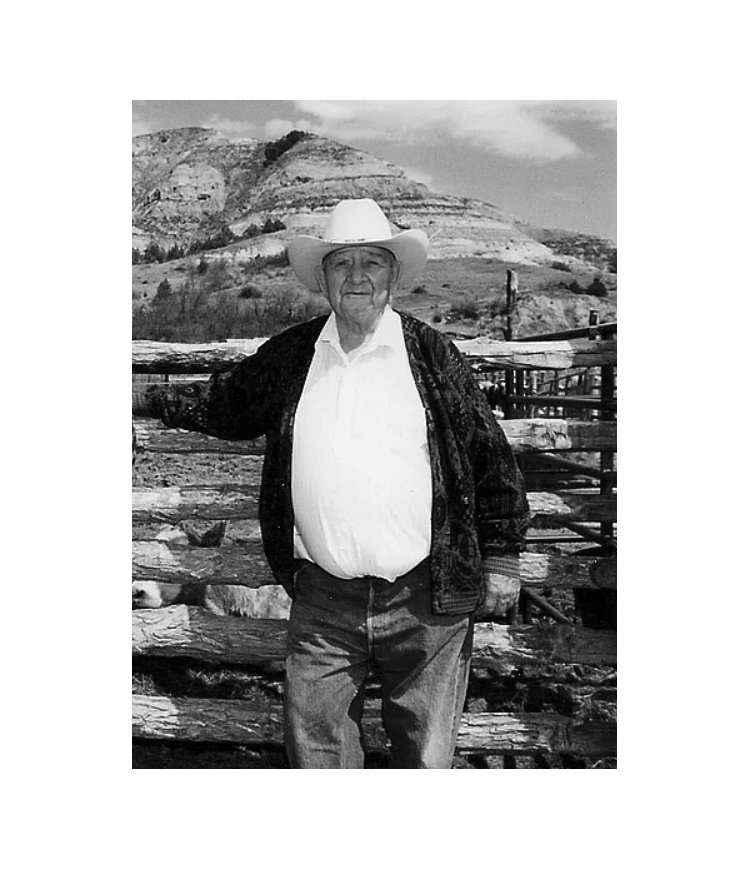 Emerson was born in 1927 in Twin Buttes on the Fort Berthold Reservation, a brother to Emmanuel and Joe Chase. He was only seven when their father died and it was a godsend that the Hansen Brothers of Marshall, ND, mentored the boys and hired them for ranch work.

Emerson had just finished his 8th grade education in Dodge when he went to his first rodeo with Emmanuel. Newton Burr and Emerson sometimes ran in a hundred head of horses to practice on at the Chase rodeo corrals in Twin Buttes.

Sometimes Emerson, Emmanuel, Newton, Duane Charging, Buddine Fredericks and others would travel to Florida or Texas to rodeo. He was a contestant in NDRA events in the late 40s and early 50s. Emerson made a go of ranching in Twin Buttes, where he started his string of notable rodeo bucking stock. He married Margaret Kelly in 1953 and they raised four children.

Emerson was instrumental in starting the All Indian Rodeo Association, including the Great Plains Rodeo Association, and figured prominently in the NDRA as he was the stock producer from 1960 through 1978. He stocked GPRIA-ND events at New Town, Fort Yates, Wolf Point, Crow Fair and Pine Ridge. Emerson was inducted into the Indian Cowboy Hall of Fame located within the Navajo Nation in the late 1970s.

After Stevenson passed, Emerson sold his horses to the PRC producers. Many of Emerson’s horses were given names of noted American Indian leaders and went on to buck at the NFR. Emerson also helped initiate a prison rodeo for the inmates at the ND State Penitentiary.

A true cowboy and a non-conformist, Emerson was somewhat of a visionary. He began a bison business in the early 1970s but the Missouri River did not provide enough of a boundary and his herd joined the Roosevelt Park herd.

Emerson was a people person and traveled widely after health issues no longer allowed him to run his ranch. He died in Watford City.