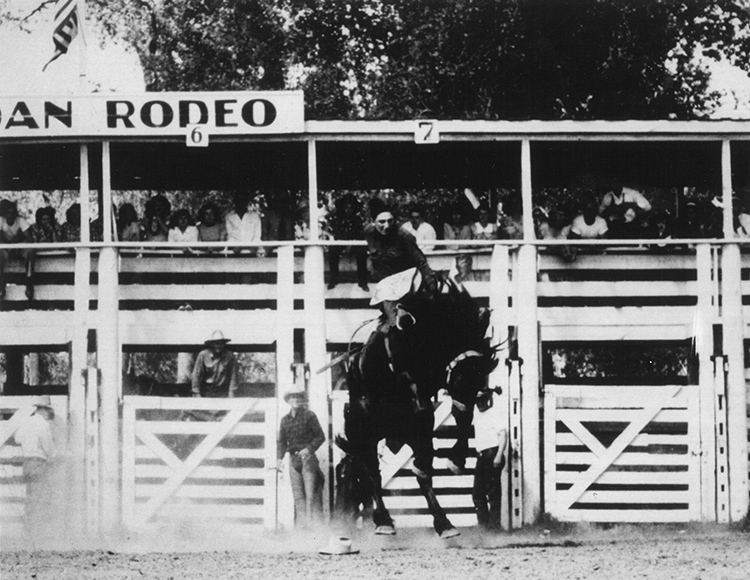 Emanuel Chase was born on December 22, 1925, to Joseph Sr. and Anna F. (Fredericks) Chase. He grew up and attended school in Elbowoods. He was still young when his father died, and he helped raise his four siblings.
​
In the 1940s, Emanuel, the oldest brother of Joe and Emerson Chase, had the foresight to make use of the hundreds of horses and the many young men on the Fort Berthold Reservation to build rodeo arenas.

Emanuel then talked those young men into coming to the practices and taking part in the rodeo events. There were many outstanding saddle bronc riders in the years that followed who made Fort Berthold famous and were the result of Emanuel’s efforts to make life better for the young men on the reservation.
​
All of them will tell you it is because of Emanuel that they rode so well. And he always told them to be proud of their heritage wherever they went. He was the driving force on Fort Berthold that resulted in a number of good rodeo cowboys.

His brother, Joe, once said, “I remember Emanuel spurred harder than any cowboy I’ve ever seen. And he pushed us hard and was always proud of our achievements. He was a real cowboy and my hero.”
​
Emanuel’s untimely death from pneumonia in March 1951 was a great loss to North Dakota rodeo.