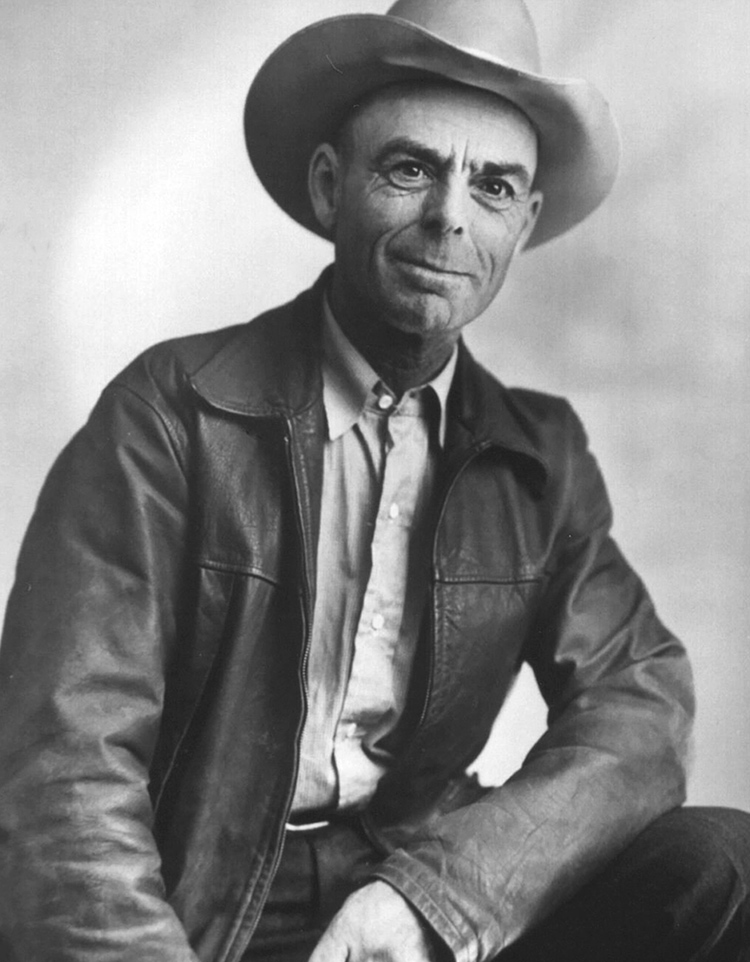 Elmer Clark was born March 12, 1894, to George ‘Stuttering Clark’ and Emma (Spinny) Clark on Bull Creek southeast of Belfield. The family moved to 11 miles northwest of Amidon in 1902, where he attended school nearby and later in Dickinson and Nova Scotia, Canada.
​
In the spring of 1907, he started working for Bert Townsend at the Q Bar Ranch. Called ‘Clarky,’ he worked there for nine years breaking saddle horses and without missing a day.
​
Elmer was a smooth, smart rider and noted for his good sense of humor. At a 1914 rodeo in Watford City, he dressed in a long, riding skirt and sunbonnet, and the crowd cheered as he made a rank saddle bronc ride as ‘Miss Stevenson.’ Elmer won a silver-studded saddle at an Elks rodeo in 1916, billed as the world’s championship bronc riding contest.
​
He broke horses for area ranchers until he entered the U.S. Army on June 23, 1918. Elmer was sent to France with the 338th Field Artillery as a horse breaker and returned home in 1919 where his friends met him with a big, gray HT horse and a challenge to ride it, which he did.
​
His most publicized ride was aboard Tipperary on Labor Day 1919. Elmer’s professional riding career ended in 1920 when a horse fell on him. He judged many rodeos and participated in roping after that. In 1955, he and Louie Pelissier took first in a four-state team-roping championship at the Miles City (Montana) Roundup Rodeo.

Elmer married Marguerite White on December 24, 1922. They ranched near Marmarth before moving to her childhood home 12 miles northeast of Marmarth in 1938.
​
He served as a county commissioner from 1940 to 1952, as a North Dakota Stockmen’s Association brand inspector and as Slope County deputy sheriff for nearly four decades. Elmer died on May 1, 1969, in Bowman.