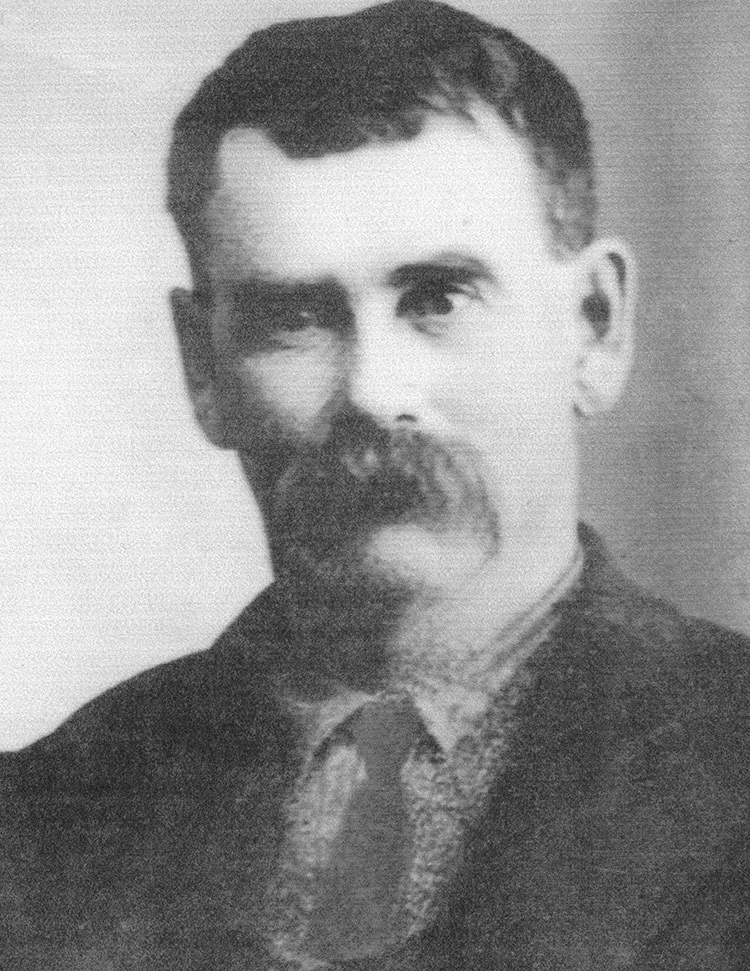 Edward S. Hall was born May 7, 1857, at Little Falls, Minnesota. At 12 years old, he left home and went to work on a bull train that carried freight from St. Cloud, Minnesota, to Fort Buford.

In 1871, Ed hauled ties and freight for the Great Northern Railroad. The next year, he hired on at Fort Abercrombie and worked all over Dakota Territory as a water wagon teamster and dispatch carrier between forts. In 1873, Ed joined a surveying party for the Northern Pacific Railroad.

He was at Fort Lincoln when General Custer moved out with the 7th Cavalry on May 17, 1876. Ed left with Captain Benteen headed for Rosebud, Montana, and was with him when the Sioux attacked Benteen and Reno. He later helped bring in Chief Joseph and his band.

Ed carried mail from the fall 1877-spring 1879 and then went back to hauling freight. In 1881, he and Charley Baldwin established a wood yard across the Missouri River from the mouth of Knife Creek.

In early fall 1883, a band of Assiniboine Indians asked Ed to start a fur trading post at the site. On the west bank of the White Earth River about 15 miles up from Sanish, the fur trading post was the only one between Fort Buford and Fort Berthold and the only one ever in Mountrail County. Ed operated it until the Indians were assigned to their reservations about 10 years later.

In 1886, he also started the first horse ranch in that part of Dakota Territory, four miles up the White Earth River north of the fur trading post. Many 4th of July celebrations, horse races and rodeos were held on the ranch and at the trading post.

Ed and his family lived in Elbowoods from 1898-1905 where he worked as a boss farmer (County Agent), helping the Indians run their livestock and advising them with their farming. He was known for his history with the Indians, and he testified on many important cases dealing with Indian treaties. Ed was the first white settler in Mountrail County and died in July 1935.