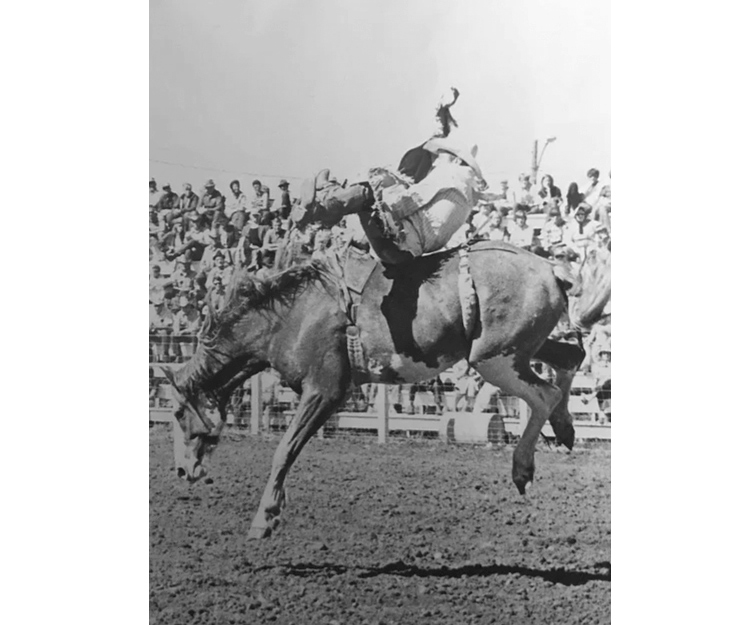 In the late 1960’s thru the 1980’s, Ed Sundby was a talented all-around cowboy competing in high school, college and professional rodeos earning many event and all-around titles. Ed was known as a good horseman and trained his own bulldogging teams.

Ed is the son of Orvin and Ginger Sundby and was raised in Williston, ND. He attended high school and college there and later transferred to NCB in Rapid City, SD. Ed competed in three national finals high school rodeos and three college national finals rodeos while also competing in PRCA rodeos.

When Ed began rodeoing, he paid his entry fees by performing a roman riding act with his brother Lynn. According to one world champion cowboy “Ed was well respected and well-liked by fellow cowboys presenting himself as a good role model for young and upcoming contestants.”

Ed judged many rodeos including state finals for North Dakota, South Dakota, and Montana. Once he retired from active rodeoing, he conducted steer wrestling schools and mentored his younger brothers, his own son Cody as well as other youth. They were taught the right way to rodeo and become champions themselves.

Ed met his wife Connie Schatz at the Killdeer high school rodeo and married in 1974. They raised two sons. Ed still maintains the passion for rodeo and the western lifestyle.
Ed is a PRCA Gold Card Member.