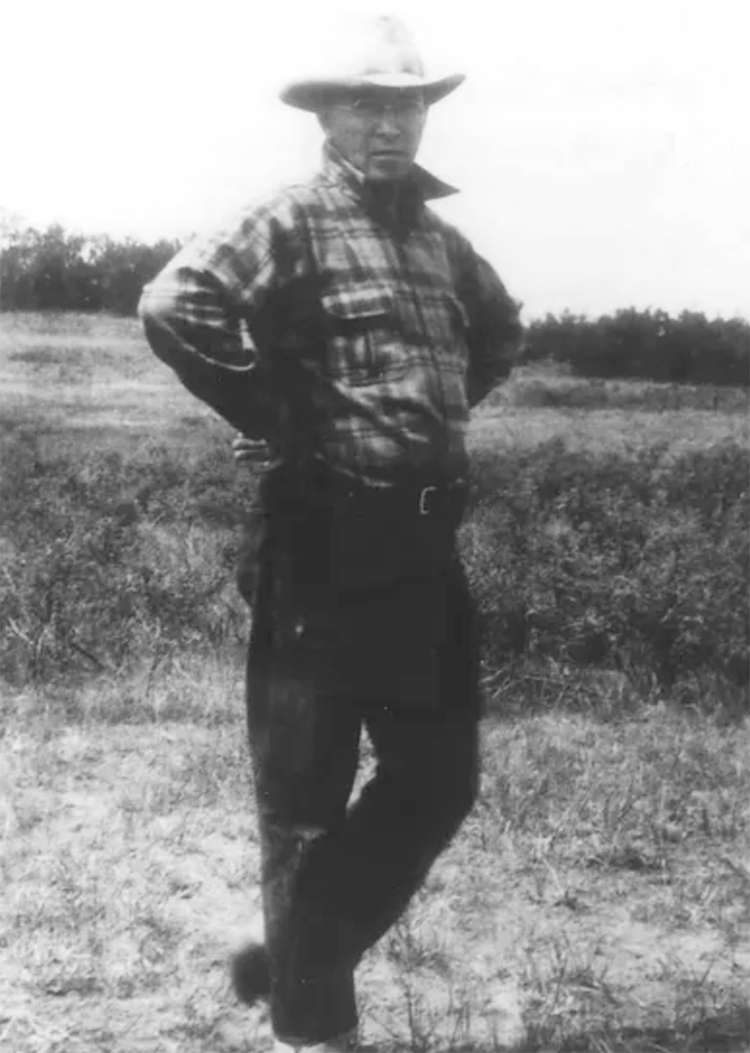 The Eaton Ranch was established in 1890 and is located in the Mouse River Valley about seven miles southwest of Towner. The principle brand, the 7E, was fired registered in 1899 by the founder, James Briggs Eaton. “J.B.” was born in 1858 and raised on a farm in Illinois.

After completing a couple of years of college, he took the train to (or) near Fargo then drove in a wagon to Devils Lake in 1882. In 1890, he drove west and established the ranch in the valley with its highly nutritious grasses and hay meadows.

J.B.’s wife, Mabel Chase, was the daughter of Jonathan Chase, a pioneer Minnesota lumberman. Jonathan established the first McKenzie County ranch near Schaefer, a few miles north of Watford City. The ranch and its timber holdings in Minnesota were swept away in the farm depression of the 1890s.

J.B. died in 1930, and his son, Jonathan (John) Chase Eaton, became the owner. Under his management, the ranch more than doubled in size and now covers about 7,500 acres southeast of Denbigh.

On John’s death in 1963, the ranch passed to his son, Jonathan Chase (Jock) Eaton Jr. Mary Eaton, the daughter of Jock and his wife, Betty, has been living on the ranch since 1978. She manages the overall operation and operates a horseback riding school. Her son, William Eaton Mueller, lives with his mother on the ranch.