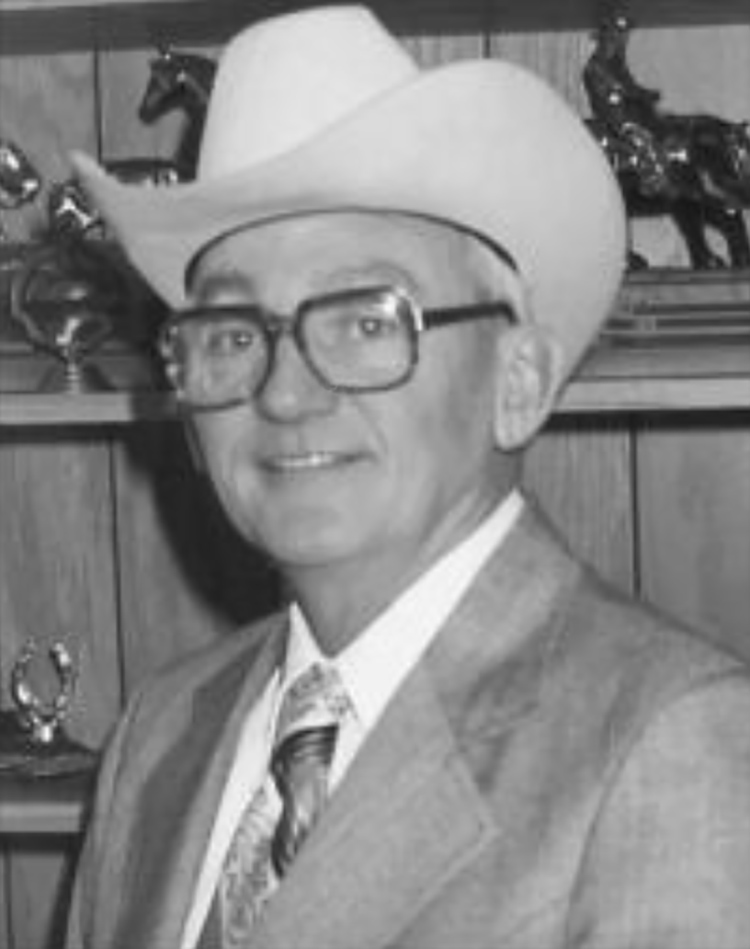 Leaders of Ranching and Rodeo

Earl Northrop was born to Theo and Mabel Northrop on June 12, 1921, in Monango. He was raised on a ranch near Merricourt and at an early age, began trailing horses with his father from Mobridge, South Dakota, to Merricourt.
During this time, Earl acquired his lifelong love of horses, storytelling, laughter and respect for Native American ways. He attended the Whitestone Battlefield Grade Schools, graduated from high school in Fargo and attended the North Dakota Agricultural College.

Perhaps Earl’s most fulfilling life activity was his 35-year involvement with high school rodeo, beginning in 1962. He served the National High School Rodeo Association for 33 years as state director, state president and cutting horse arena director. He took pride in teaching horsemanship and sportsmanship and was a founder and chairman of the NHSRA Scholarship Foundation.