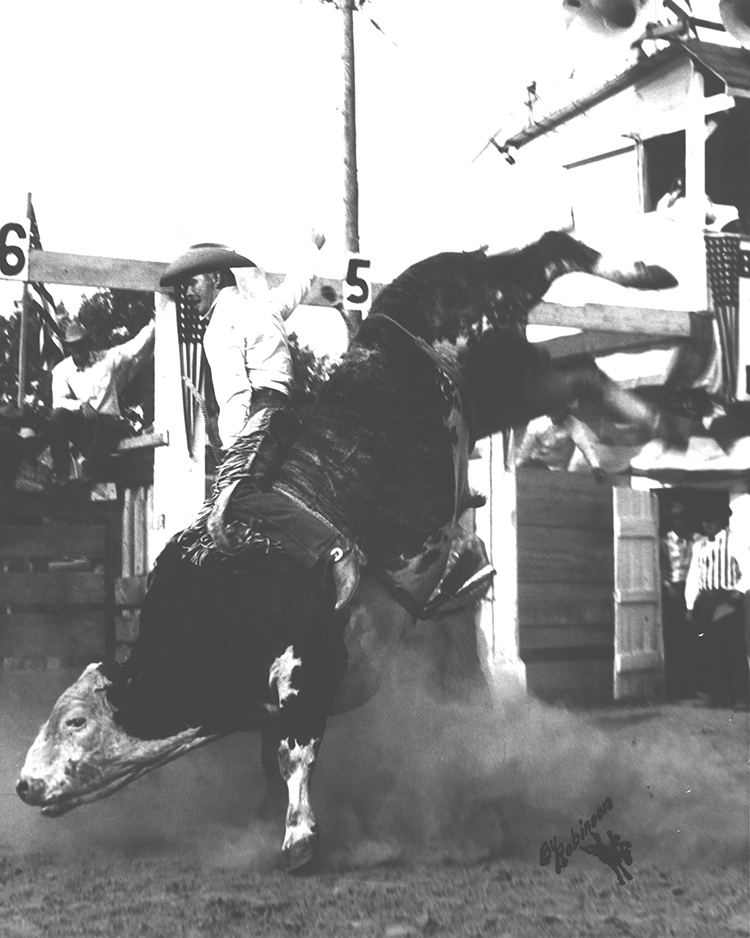 Duane qualified in saddle bronc and bull riding at the first National Finals Rodeo in 1959 and again in 1960 and was the bull riding average winner both years. A massive head injury at the Cheyenne Frontier Days in 1961 found him learning to walk and talk again but, with true cowboy ‘try,’ Duane was soon riding bulls again.

After retiring from rough stock competition in the 1960s, Duane worked as a rodeo pick-up man and judge, judging at the National Finals in the 1980s and 1990s.

In 1956, Duane married childhood sweetheart Orpha Hanson. They raised three daughters on their Minnewauken ranch. The rising waters of Devils Lake forced the couple to leave their ranch in 1997, and move to Sheyenne, North Dakota.