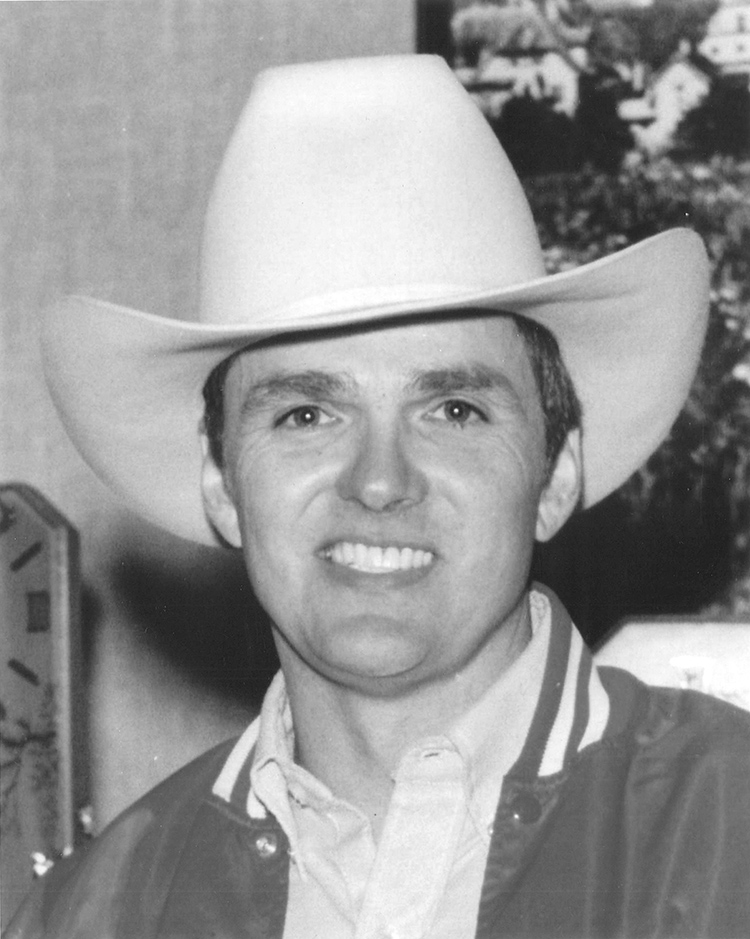 Douglas was born in 1947 and raised on the Hansen Ranch northeast of Dunn Center, ND. Doug qualified and competed at the National High School Rodeo Finals from 1962-1965 and also the National Intercollegiate Rodeo Finals from 1966-1969. He was part of the NDSU rodeo team where he was named the Great Plains Region Calf Roping and the All-Around Champion in 1968. He received a BS degree in Animal Science and Agricultural Education at NDSU and returned to Killdeer to teach Vocational Agriculture and coach the high school rodeo team which he took to the National High School Rodeo Finals in Louisiana in 1976. Doug also taught at Tioga and Beulah.

Doug joined the PRCA in 1965 and was lifetime member and a Gold Card holder. During his professional rodeo career, Doug competed in steer wrestling, calf roping, team roping, and saddle bronc at PRCA rodeos throughout the United States including the large winter rodeos. Doug won the All-Around Championship and Steer Wrestling at Wolf Point, MT in 1970. In 1985 he was the Steer Wrestling Champion at the Days of 76 Rodeo in Deadwood, SD. Doug was the Badlands Circuit Finals and Year End All Around, Steer Wrestling, and Team Roping Champion in 1985. Doug was also active as a pick-man, steer wrestling hazer, and rodeo judge. Doug and Delton Schulz produced and promoted several PRCA rodeos across North Dakota in the 1970s.

Doug married Sharon in 1982 and together they raised two boys while continuing to ranch, breed and train performance horses, and mentor willing young cowboys and cowgirls until his death in 1994.