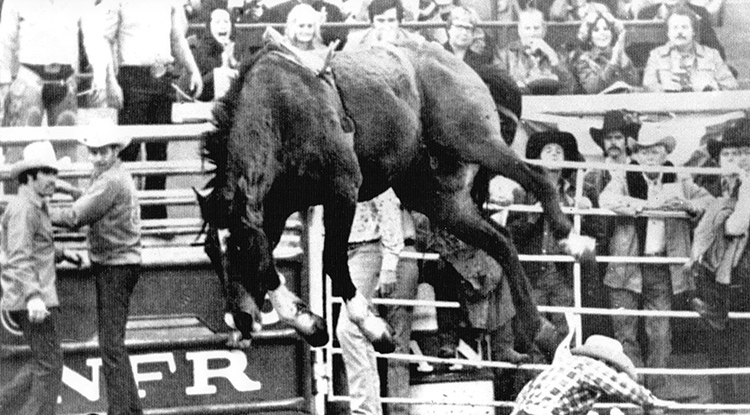 Double Jeopardy #08 was born in May 1970 and went to the National Finals in Oklahoma City for eight straight years from 1976-‘83.

Bob Aber paid just $500 for him in 1975; the previous owner complained that the horse was no good for his purposes as he always had to walk home after Double Jeopardy bucked him off.

The steed’s rodeo career got off to a fine start in Forsyth, Montana, and he appeared throughout the tri-state area, including in Cheyenne and Dickinson and at the Valley City Winter Show.

Double Jeopardy died in 1983 after breaking a leg at the Winter Show that year. He was transported for veterinary care to Fort Collins, Colorado, but the injury could not be repaired and Double Jeopardy had to be euthanized.