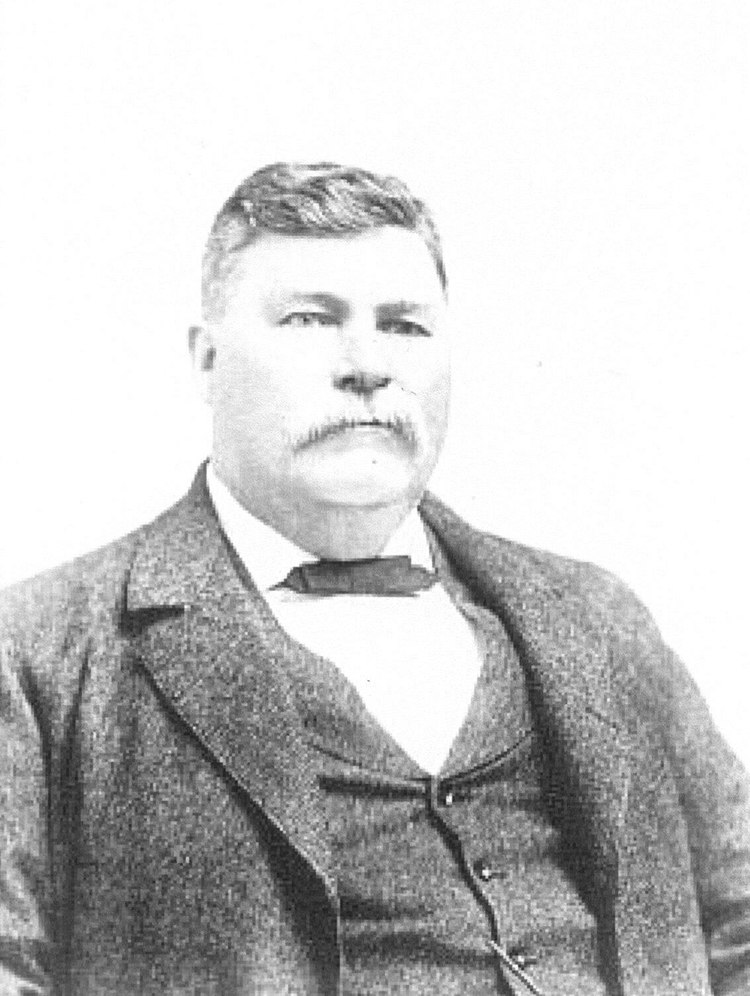 Donald ‘Don’ Stevenson, one of the state’s best known early ranchers, was born April 12, 1833, in Scotland. He immigrated to Ontario with his parents in 1842 and to Minnesota in 1856.

After a year in Texas, Stevenson returned to Minnesota in 1861, purchased a farm on land that became Osakis, Minnesota. He married Lydia Ann Stone in 1863. They had seven children and raised cattle, sheep, horses and hogs. At the same time, Stevenson was hauling freight and people from St. Cloud to the forts in northern Dakota Territory.

He moved to Dakota Territory in May 1872 and established the D.S. Ranch in Emmons County, ranching there until 1886. By then, he had about 800 head of longhorn and beef cattle and horses. From 1882 1886, Stevenson operated a butcher shop in Bismarck, supplying it with beef, pork and mutton from his ranch.

In 1887, Stevenson moved to the Cannon Ball River area in Morton County. The ranch had up to 1,600 head of horses and cattle. He also ran freight teams between Bismarck and the Black Hills, bringing out some of the first gold nuggets. He operated the Stevenson Post Office at his Cannon Ball ranch.

He was active in community and civic affairs, serving in the ND House of Representatives. He was a member of the Masons, a church trustee, and the first elected Emmons County treasurer.

In 1906, Stevenson retired from ranching and moved to western Grant County and later to Dickinson. He died in 1908.