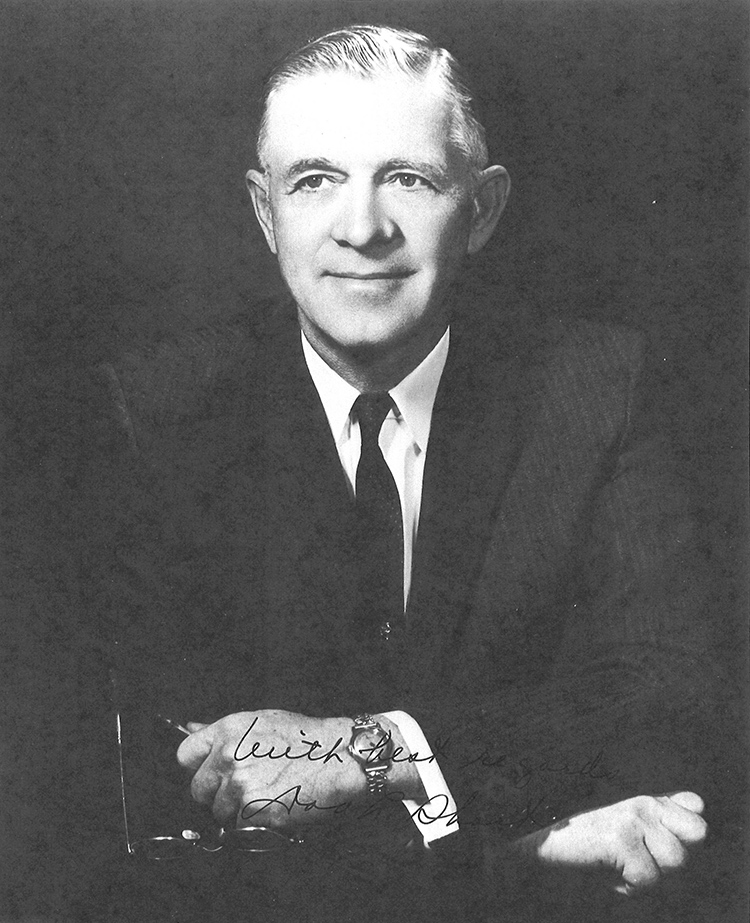 After college, Don worked for General Electric in Chicago, returning to the ranch in 1929. He met Edith Whittemore, and on February 26, 1931 the two were married. To the union Anne, Connie, Susan and Con were born.

Drought forced Don to work for the Federal Emergency Relief Administration in Killdeer, ND, and the Bureau of Agricultural Economics in Dickinson, ND. In 1941, the Shorts moved back to the ranch, now called the Greek Cross Ranch.

Don helped organize, and was the first president of, the National Beef Council. He later served as Chairman of the North Dakota Beef Council as well as countless other local and state capacities.

Don was elected and served as a Representative in the North Dakota Legislature in 1956, then served three terms in the United States House of Representatives from 1958-1964. He was a member of the House Agriculture Committee and was the fifth ranking Republican member of this committee in the next Congress; a member of the Republican Policy Committee and the Committee on Committees. Don always believed in, and continually worked for, sound financial economy in government, and adherence to the constitutional principles.

Don received honors for his work, including “Man of the Year in Agriculture, 1973” by the NDSU Saddle and Sirloin Club, and “Hall of Fame Honoree” in 1975 by the Northern International Livestock Exposition of Billings, Montana. The North Dakota Stockmen’s Association named Don a Lifetime Honorary Member and presented him the “Top Hand Award” in 1974.

Don was a staunch friend of the livestock industry while serving in the Legislature and in Congress. He was respected for his generosity, honesty and high ethical standards with friends, family and neighbors, the State of North Dakota and the United States.

Don and Edith Short are buried in the Medora cemetery.