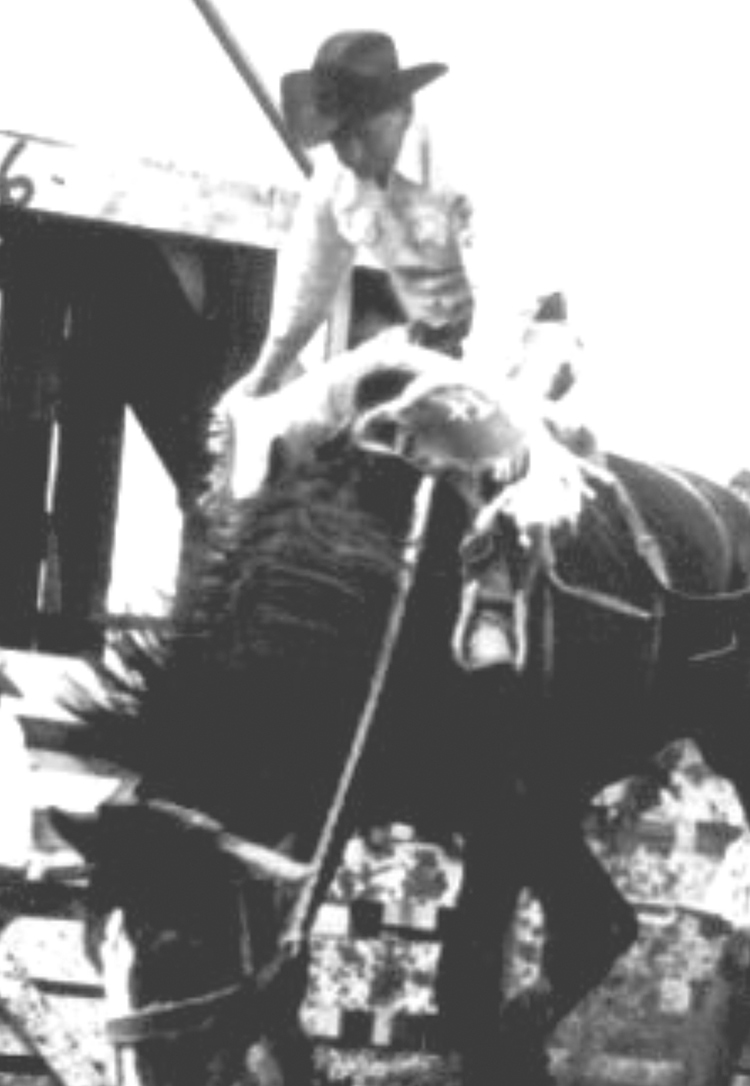 Delvin Reich was born February 17, 1932, to Otto and Bertha (Betz) Reich and was raised in the Red Butte area south of Hazen. He enjoyed grade school baseball, hunting and fishing, but horses and rodeo were his true passions.

Despite his rodeo success, Delvin was a classic North Dakota cowboy who superbly managed two priorities, rodeoing and ranching. He competed in rodeos that were a day’s drive or less from home so he could be back home and in the hayfield on Monday morning. He and his family owned and operated the Reich Ranch at Zap.

Delvin married Joyce Boland, but she died when their children were young. His third major achievement is having very successfully raised three children. Delvin died March 6, 2018.