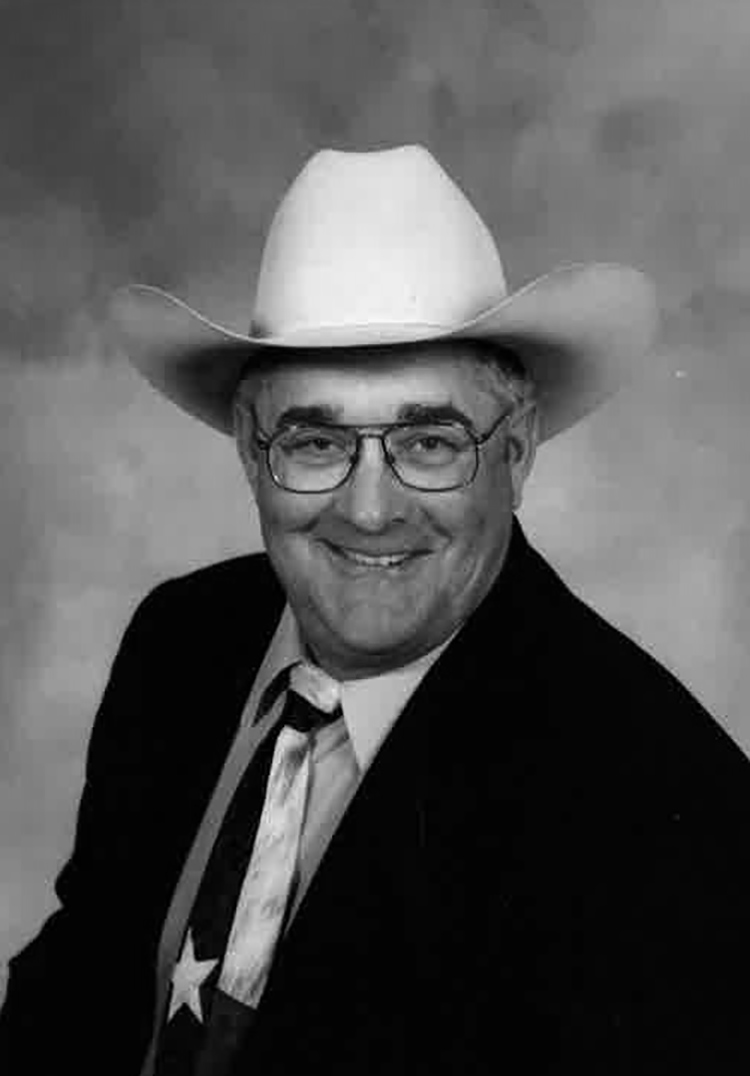 Dean was born August 12, 1949, to Darrel and Geraldine (Jerry) Birdsall Meyer. He grew up on the family ranch in western Ward County near the little town of Berthold.

Dean grew up riding a stick horse and watching Casey Tibbs, Dean Armstrong, and the Teschers, and remembering that all he ever wanted to do was be a cowboy. Dean’s dream was realized in 1967, when his family purchased the Figure Four Ranch in Dunn and McKenzie Counties and Dean, along with his grandpa, Herb Birdsall, made the move to “cowboy country” where Dean’s cowboying days truly began.

Dean’s rodeo career started with team roping and saddle bronc riding, but it wasn’t long until the Figure Four Rodeo Company was formed, and they started producing rodeos in 1971 for the NDRA, Rough Rider Association, and the ND High School Rodeo Association. The Figure Four produced numerous bucking stock of the year, including Anchors Aweigh, Bobby Socks, and Miss Berthold. This continued into the nineties until the Figure Four Rodeo Company quit producing rodeos, and Dean teamed up with his brother-in-law, Lynn Linseth, to continue furnishing bucking horses for all of the regional rodeos.

When finding high-quality bucking horses became a challenge, Dean decided to raise his own and later partnered with Dale Kling to produce the first of its kind “Breeder’s Classic Bucking Horse Production Sale” in Watford City in 1997.

Perhaps Dean’s greatest impact on rodeo began when – out of necessity – he started announcing. His love and appreciation of good bucking stock, great arena horses, and kids, along with a quick wit and sense of humor quickly made him a crowd favorite. Dean Meyer and Dale Hande were known for announcing the North Dakota High School Rodeo Finals, and contributing to their success.

Dean was also committed to public service and served in the North Dakota State Senate from 1982- 1992, chairing both the State and Federal and Natural Resources Committees. He served as President of the ND Stockmen’s Association from 1992-1994, and President of the ND High School Rodeo Association where he developed the corporate sponsorship program still in use today, benefitting many young cowboys and cowgirls. He was also Chairman of Northern Plains Premium Beef Co-op. NPPB was the “father” of many beef operations now in existence. For his dedication to the ranching industry, he was awarded the NDSU Saddle and Sirloin Club’s Agriculturist of the Year award in 1999.

Dean is probably best known as the author of the weekly column “Hat Tips” which highlight many ranching and rodeo stories everyone in the industry can relate to.