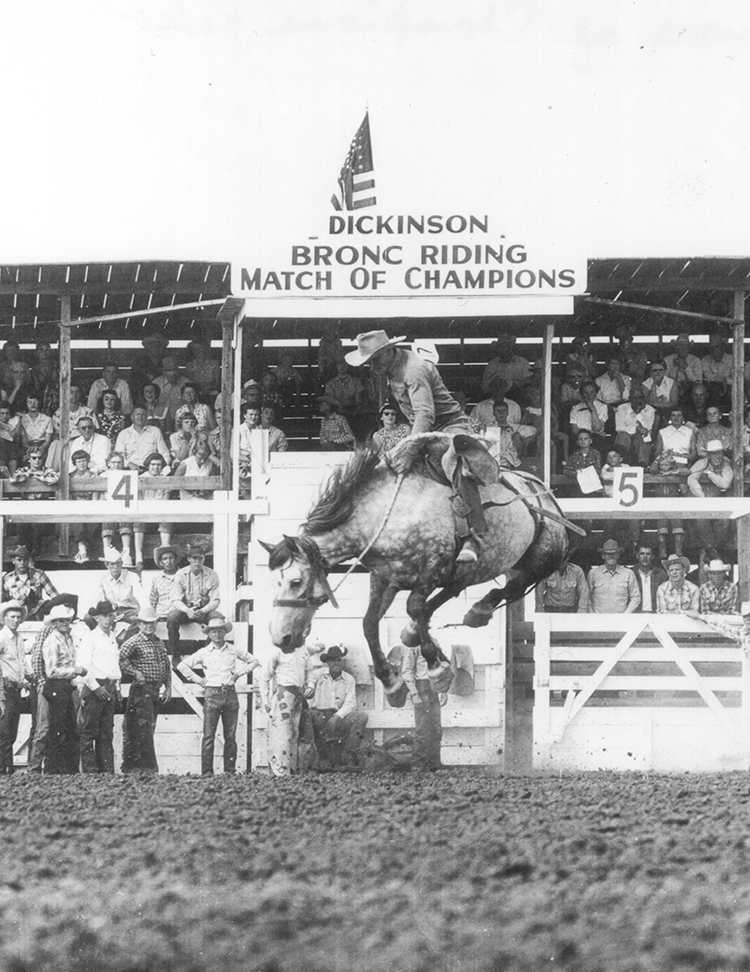 Dean Armstrong was born June 19, 1930, to Hugh Hunt and Gladys Bell (Smith) Armstrong. He grew up in Steele and at Sentinel Butte. Dean’s dad was also a cowboy and produced the Diamond Bar Wild West Show that traveled throughout the U.S.

One of the six talented, young North Dakota cowboys traveling in the 1950s in what was known as the ‘Six Pack,’ Dean competed in the rough stock and bulldogging events during his rodeo career, bringing him all-around honors and prize money.

While he was a respected contestant riding in the Rodeo Cowboys Association’s national circuit, much of his rodeo success came within the Great Plains region. Dean is a past winner of the Miles City Bucking Horse Sale rodeo and was a regular saddle bronc finalist at the Dickinson Match of Champions. He consistently ranked in the top ten in saddle bronc standings in the 1950s and 1960s. He placed in the nation’s biggest rodeos, including Cheyenne, New York and Dickinson’s Match of Champions.

Injuries eventually forced Dean to retire from rodeo competition in 1963 and then turned to racing Quarter horses and thoroughbreds throughout the U.S. and Canada.