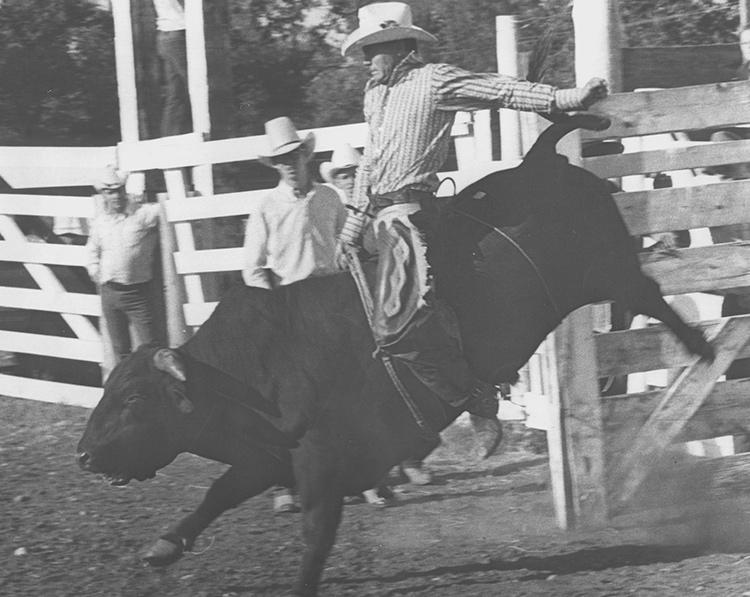 Dale Jorgenson was born on August 19, 1936, to Carl and Helen (Dodge) Jorgenson. He grew up on a ranch southeast of Watford City and began his rodeo career competing in high school and amateur rodeos.

After graduating from high school, Dale attended Dickinson State College and competed on the rodeo team. In 1958, he finished third in the National Intercollegiate Rodeo Association bull riding standings.

Besides competing, Dale also served the NDRA as an event director, committee board director and president from 1972-1975 and in 1989. He also served on the North Dakota High School Rodeo Association board for many years.
Many people in rodeo circles remember Jorgenson’s top steer wrestling horse. He was generous with the use of his top steer wrestling horse, a palomino gelding named Trouble, and the horse carried many cowboys to the pay window.

Dale married Barbara Thomas on June 30, 1958, and they have three children. Although Dale was always busy with ranching and rodeoing, he took time to help younger cowboys and cowgirls, many of them going on to state championships.