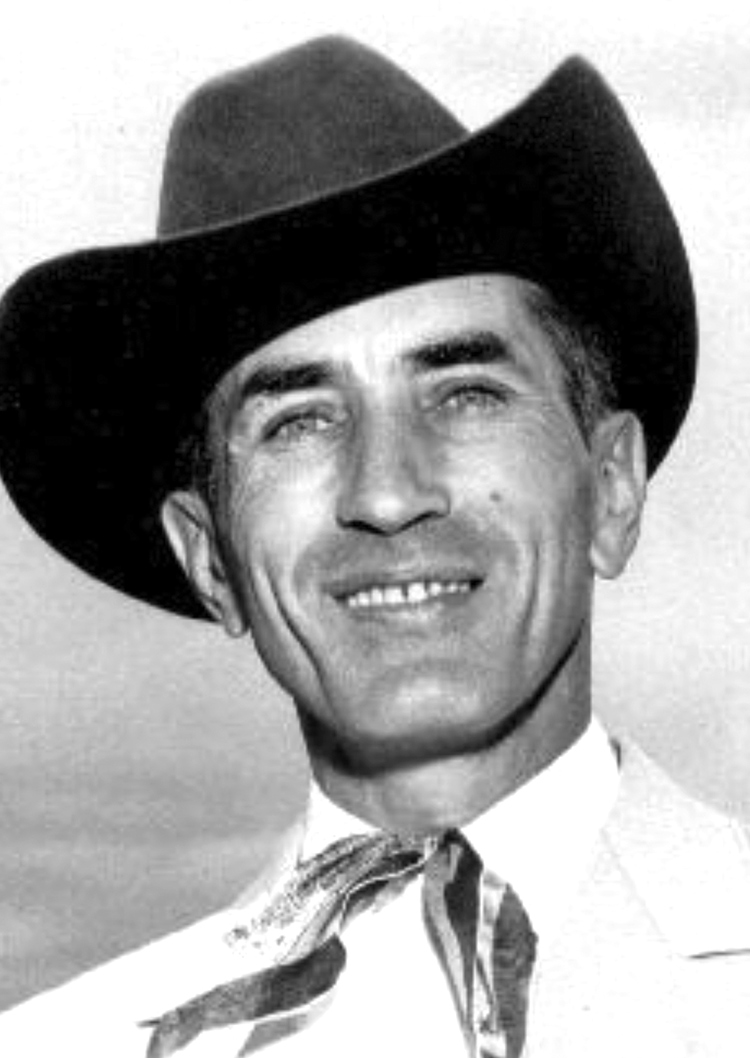 James C. “Cy” Taillon’s influence on the sport of rodeo cannot be underestimated. Called the “golden voice” of professional rodeo, millions of people heard his rich voice over the microphone at countless rodeo performances.

Cy was rodeo’s Walter Cronkite – slim, well-groomed, distinguished and trusted. His style and dedication to excellence helped bring rodeo “out of the country” and into the metropolitan arena.

Born October 18, 1907, near Cavalier, North Dakota, Cy was a versatile man and could have chosen from many careers–bareback rider, lawyer, musician, pilot or rodeo announcer.

However, he got hooked on rodeo announcing when rodeo producer Leo Cremer lured him from radio to rodeo for a summer. Leo had been after Cy to announce rodeos and finally offered him six shows, paying more than the radio station paid him in a year.

Cy never returned to radio after his first rodeo in Butte, Montana, in 1939, beginning a career that would span 40 years. He stayed with Cremer until he enlisted in the Army Air Corps in 1942. There he married Dorothy, an Army lieutenant and nurse, a union that would last nearly four decades.

After the war, Cy returned to rodeo, but on his own, becoming the only announcer who made his entire living from rodeo announcing, covering every major rodeo in the country. He served the Rodeo Cowboys Association as contract business director and announced the National Finals Rodeo nine times, beginning in 1959. He brought dignity to the sport with his clear, concise commentary, precise grammar and distinguished delivery.

Cy’s desire was always to present the cowboy as an athlete and his efforts were well-rewarded by longevity at many major rodeos, including 33 consecutive years at Denver and 30 years at the Cow Palace. During the height of his career, he traveled about 65,000 miles a year from January through November.

Along with a phenomenal knowledge and memory of rodeo, Cy also had the gift of injecting drama into every show. Beyond rodeo, he was a writer, with articles on western fashion, the reasoning ability of animals and other topics.