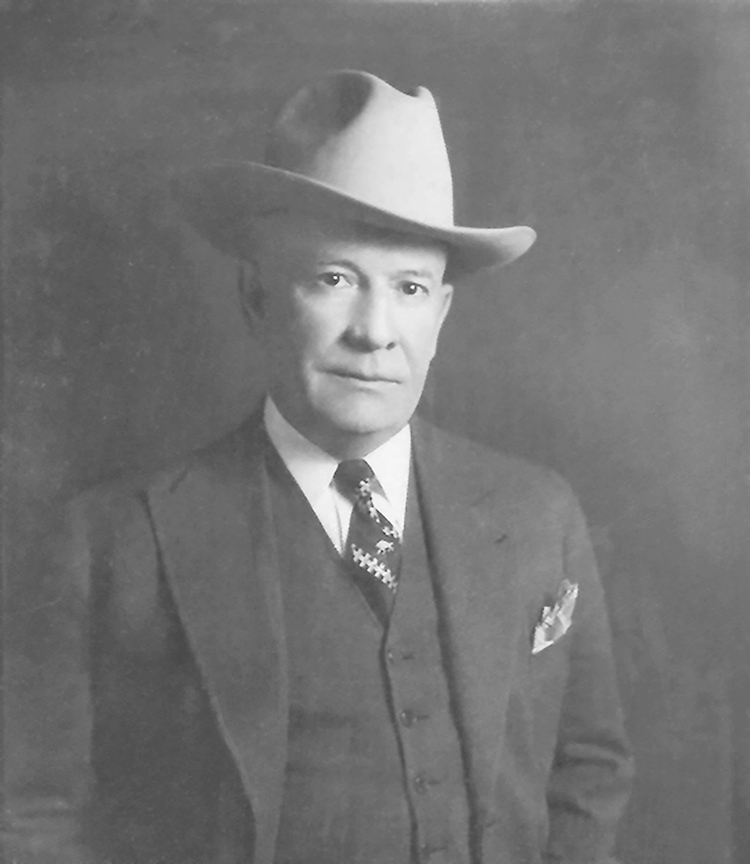 Clarence H. Parker, born March 12, 1873 in Minot, was widely recognized as a pioneer rancher. He was considered North Dakota’s main breeder of buffalo and was also well known for his cattle and horses, the latter of which he entered in races.

In the early 1900’s, Parker maintained what was believed to be the largest privately owned buffalo herd in the Midwest, and perhaps the entire United States. His property included the CP Ranch in Renville County and the C Bar P Ranch, which continues to operate today in Williams County.

One of Minot’s most prominent business men, Parker imported registered sires with highly rated blood lines to build up his herd, the product of which he served to guests of the hotels he owned. Ranchers, families, friends and travelers enjoyed buffalo and beef steaks at his Leland Parker and Clarence Parker hotels. The hotels also hosted conventions, including those for the North Dakota Stockmen’s Association.

Parker took great pride in his acquaintance and association with members of the Mandan, Hidatsa and Arikara tribes, with ranchers, cowboys and others. Though known for his business acumen, Parker remained foremost a rancher at heart. He was especially proud of his membership in the Mouse River Cattlemen’s organization. Parker was an experienced horseman, cowboy and former professional jockey, having raced horses in his youth. He was a crack shot excelling in big-game hunting and trapshooting, displaying his trophies in his hotels.

He owned a remarkable collection of guns, cowboy paraphernalia, Native American artifacts and relics of western life. Artifacts from his collection are on display at Minot State University.

He was known affectionately as “Colonel Parker”, having been appointed colonel on the staff of Governor John Moses. Parker served as president/chairman of American State Bank and served on the Minot City Council. He was instrumental in building the Northwest Fair Association, forerunner to the North Dakota State Fair in Minot, and served on the board from its formation in 1922 until his death in 1953.