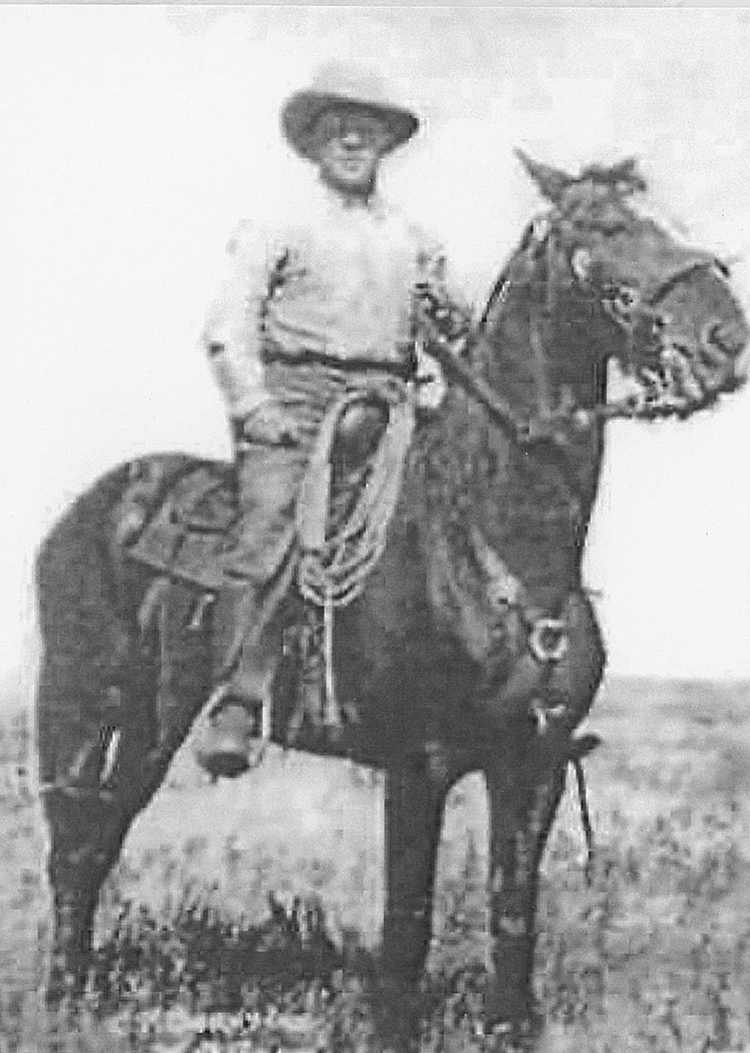 Christen Per Bjornstad left Norway at age 17 and lived in Minnesota and South Dakota before settling in North Dakota in 1905. He acquired 9 1/4 sections of land in Logan County from a land speculator for $800 a quarter and purchased the YO brand. He transported about 200 head of cattle, 25 horses, his wife and 5 children north.

He soon decided to anglicize his name to Burnstad, which was also the name of the town site he platted in 1906. The little burg thrived, and the population eventually reached 250.

His YO Ranch prospered as well, with 5,000 head of mostly white-faced Hereford cattle, 320 Percheron draft horses and 1,000 head of sheep grazing the pastures. At one point, he owned or leased 54 sections of land in Logan and Sioux counties. Some of this was Standing Rock Reservation land, and he was honored by the Sioux tribe, given the name Gall by them in 1918.

Burnstad organized a Wild West Show as side income from the ranching operation. He loaded up the cowboys and livestock on the Soo Line Railroad and performed at fairs from the Twin Cities to Seattle. He also ran a ferry to expedite travels to and from his holdings.

By 1919, the town of Burnstad was believed to be the largest shipping point east of the Missouri. He had 10 steady cowboys on the payroll and supplied beef to the military.

However, it was too good to last. In 1919, a shortage of boxcars and subsequent dropping prices caused a foreclosure of the YO. Bankrupt, Burnstad went into the business of road building. Later, he acquired a ranch near Medora and built up another herd, but it failed about the same time the stock market crash of 1929 decimated the road-building operation.

Sadly, in 1924, Burnstad’s first wife died giving birth to the last of 11 children. He set­tled with his second wife on property just east of Beaver Lake. Today, that ranch is owned and operated by his granddaughter, Pat Auch. Burnstad died in 1950 and was eulogized as a visionary whose many endeavors benefited others more than his life estate.