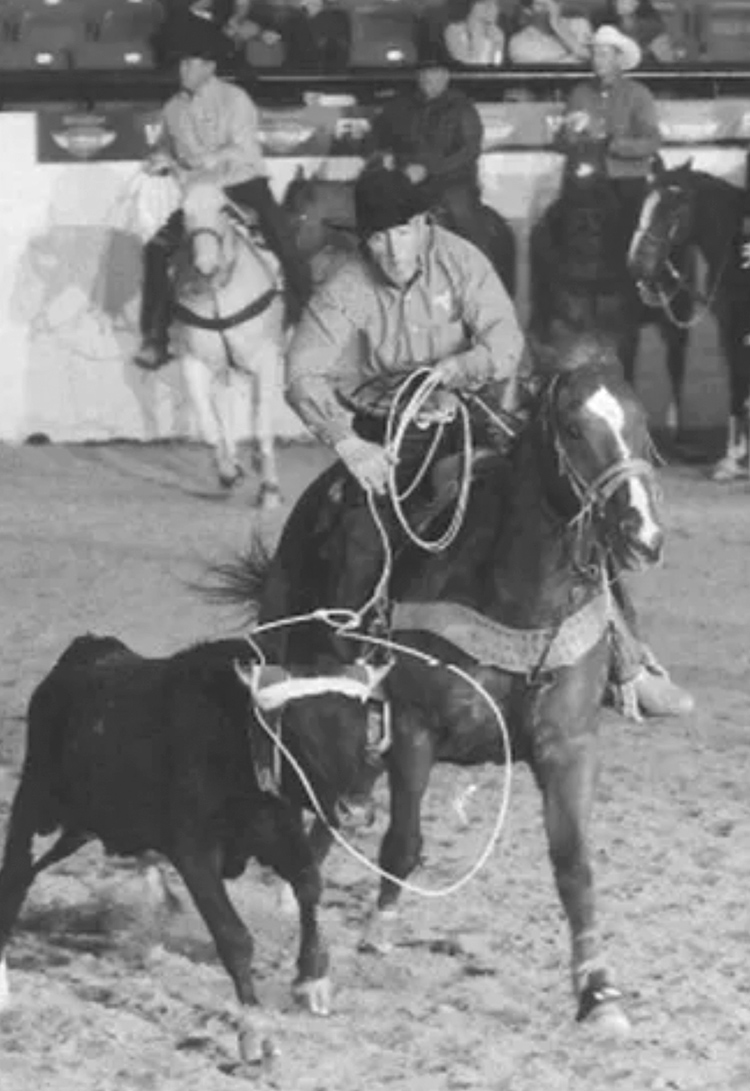 Bruce Northrop was raised on a ranch near Grassy Butte and gained horse sense from his dad, W.S. ‘Pete’ Northrop. In 1950, at only 17 years old, Bruce left home to work for Fettig Brothers Rodeo. The Fettig outfit trailed all rodeo stock to events until 1953 when they gave in and began trucking.

He recalls getting bucked off both Old Fitzgerald and Whiz Bang. In 1968, he started going to jackpot ropings, joining the U.S. Team Roping Champion Association in order to compete. He also belongs to several other team-roping championships around the country.

Northrop took home his first buckle in 1955 and since then has tallied up more than 25 saddles and many buckles and money prizes during the more than 50 years, categorizing him as a skilled and consistent roper.

The past few years have been the most successful of Northrop’s roping career, with cumulative winnings in 2009 of $41,892. In January 2009, he placed 1st and 2nd in the World Series of Team Roping qualifier and competed in the WSTR 2009 and 2010 finals.

Northrop worked winters as a ranch hand for Jim Tescher and Don Short and rode for the Figure Four on some fall round ups. He was hired on as a surveyor for the Bureau of Public Roads while Theodore Roosevelt National Memorial Park was under development.

Northrop hosted many team ropings at his own arena in Medora, the Northrop Sagebrush Arena. He was employed by the Gold Seal Company and the National Park Service at Theodore Roosevelt National Park from 1964 through 1993. He considers his major accomplishment there to be the design and construction of the wildlife handling facility where the bison, elk and wild horses of the park can be gathered, culled, tested and treated.
A widower, he winters in Arizona where he can rope three to five days a week. He returns to Medora in the summer to spend time with his sons and help out area ranchers with some cattle work.