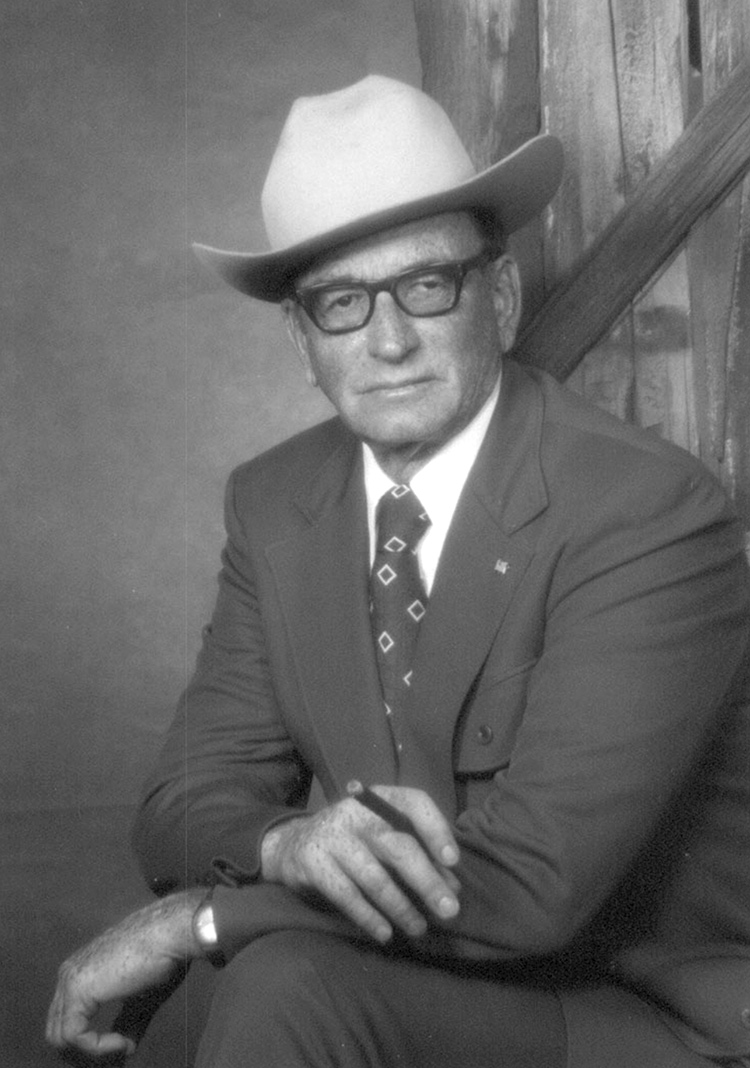 Brooks James Keogh was born August 4, 1914, at Williston, the son of Frank and Elizabeth (Carney) Keogh. He grew up near Keene on the Keogh Ranch founded by his father and uncle in 1899. He attended rural schools, Williston High School and the College of St. Thomas in Minnesota, graduating in 1938.

Brooks worked for a Montana oil company before entering the U.S. Marine Corps in 1944. After the war, he started a Hereford cattle partnership with his father and began a Quarter horse breeding program.

Brooks was honored as the NDSU Saddle & Sirloin Club’s Agriculturalist of the Year in 1966, inducted into the ND Agriculture Hall of Fame and received the NDSA Top Hand Award in 1982. The Greater North Dakotan Award recognized his lifelong service to industry, friends, state and country in 1983.

He owned and operated the historic Keogh Ranch until his death on July 31, 1984.