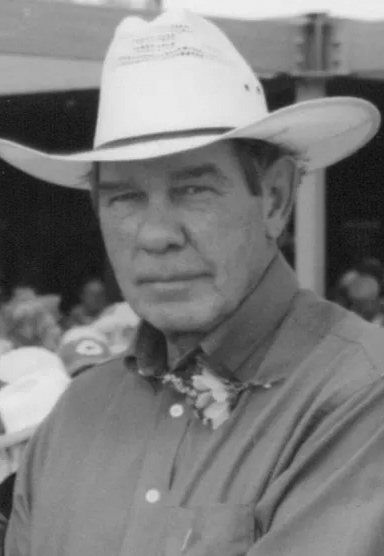 Bob ‘Aber’ Abernethy has been intimately involved with the sport of rodeo throughout his life. He was born in 1934 and raised on a ranch north of Sentinel Butte.

While sitting in the top five in the National PRCA standings in 1959, Aber was seriously injured with a fractured neck, which later contributed to his early retirement from competition. He then took up rodeo judging, stock contracting and rodeo producing. He has produced the North Dakota Winter Show rodeo since 1963.

He and Duane Howard conducted one of the first rodeo schools in the U.S., held in Beach. Many of the young men who attended went on to become well-known rodeo contestants. As a result of the rodeo school, the two appeared on “To Tell the Truth” in New York City.

Over the years, Aber has provided stock for many rodeos throughout North and South Dakota, Montana and Wyoming and the National Finals Rodeo for 30 consecutive years beginning in 1966.