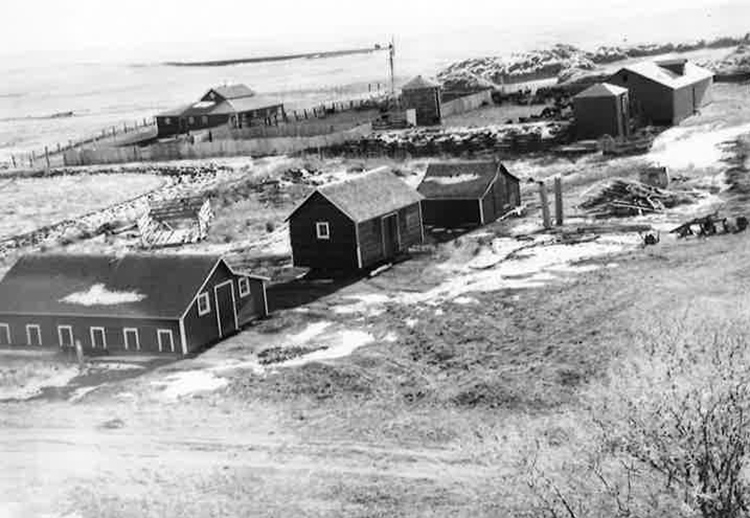 George H. Doan was born in Ontario, Canada in 1856, a descendent of Deacon John Doan, who came to America from England in 1629. After George’s father died, George came to the United States with his mother and siblings. In 1880, George came to Dakota Territory looking for land and a new beginning. He homesteaded in 1882, beginning the historical Black Leg Ranch.

Early years in Dakota Territory were tough, living in a sod house in the extremes of hot, dry summers and harsh winters. When George’s daughter fell ill, he moved her to a warmer climate. Jewell Doan Sr. took over the ranch and began building acreage. He brought the first Black Angus cattle to the ranch in 1930, and bought land during that decade for a dollar per acre when many folks thought it was too big a risk.
​
This was predominantly Hereford country. Many locals despised the black cattle, referring to them as “those black legged SOBs”. The sentiment led Doan Sr. to the name Black Leg Ranch.

Cattle were trailed to Brittin, ND, and loaded on the train to go to market in Sioux City or St. Paul. Most times Jewell rode with the herd on the train, collecting the payment for the cattle. Brittin, with its interesting history of early North Dakota ranching, is now a ghost town on the ranch.

Jewell Sr. used airplanes to help run the ranch. The winter roads were bad, so flying with skis allowed travel. There are many stories of him helping other ranchers by dropping in with the plane or of dropping a sandwich and a drink to hired hands in the hayfield. Jewell’s cattle were wilder than most as they had an airplane a few feet over their back when he was checking on them.

The ranch today is still owned and operated by the Doan family. It has grown from the original homestead to sprawling over parts of three counties. The ranch hasn’t strayed from Jewell Sr’s original vision, continuing to raise black angus cattle. The ranch has diversified over the years to complement its roots, adding buffalo, an Agri-tourism venue, a full-service hunting/outfitting business, and Black Leg Ranch Meats and Brewery.

The Doan family are advocates for agriculture across North Dakota and the country and offer the Black Leg Ranch as a living classroom for folks to learn about ranching and our great western way of life.