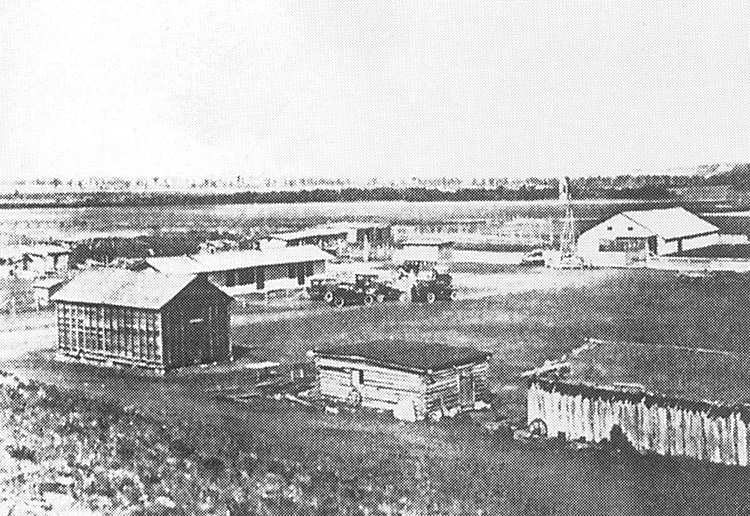 The Birdhead Ranch, McKenzie County’s second largest, was established in 1891 by Joseph and Robert Stroud. Located on the Missouri River bottom near the mouth of Timber Creek southeast of Williston, it was sold to Landers and Green in 1892 and, in 1893, to the Morning Star Cattle Company – Jeff Hanley; Cornelius, Robert and Elijah Jaynes; Martin and Thad Uhlman; James McEwen “Mac” Uhlman; and other small investors from Wisconsin.

In 1905, a small log building on the ranch was leased to McKenzie County for its first courthouse. The town of Alexander developed around it. A large house was moved to the site from Fort Buford and used as the county’s first post office.

Anders became sole owner of the ranch with its 800 head of cattle and 75 horses. He increased it to 7,000 acres and raised registered Herefords, leasing summer grazing land on Fort Berthold. He was named North Dakota’s outstanding cattleman in the late 1930s and a charter member of the North Dakota Stockmens Association in 1941.

The Garrison District Real Estate Division bought the ranch’s bottomland in 1952. Anders then retired, leaving operations to his son-in-law and grandson, Oren and James Forthun. By 1972, the building site was abandoned because it was often flooded by Garrison Dam waters. The range and farmland were sold to various parties.

The ranch site was named an historic site in 1986 and in 1997, the ranch house was also recognized. James Anderson bought the 2,677-acre ranch and the Birdhead brand in March 1996.

In 2002, the operation and ownership transferred to Dustin Ceynar, great-great-grandson of co-founder James “Mac” Uhlman.