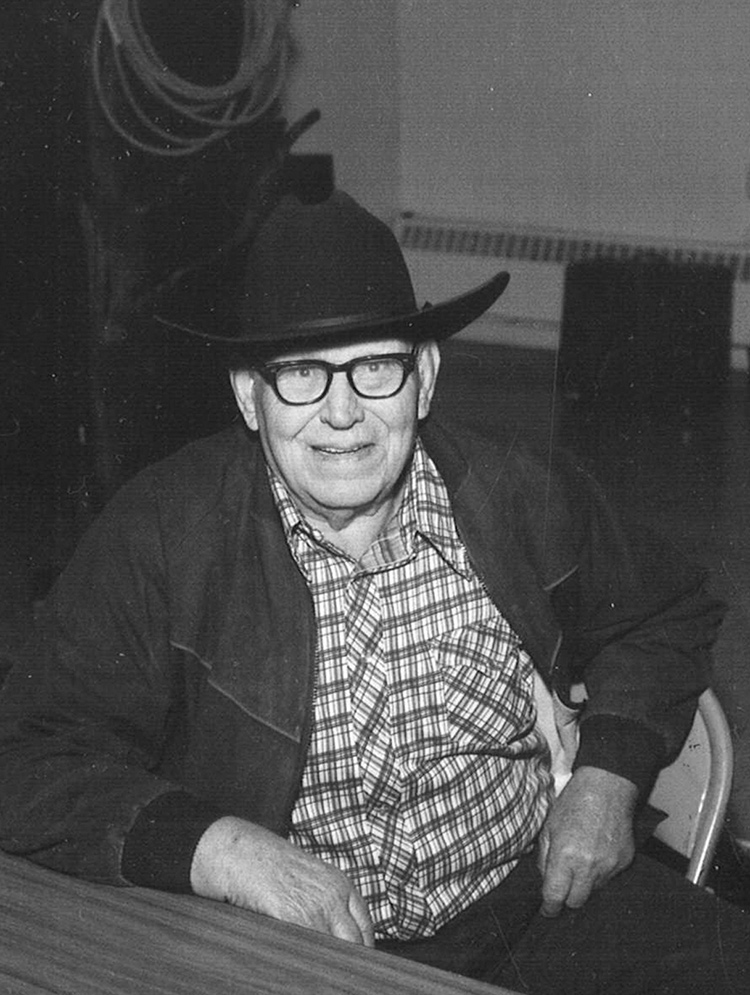 Ben Johnston’s father and uncle came to the Dakota Territory from Sweden in 1886 and Ben was born in Taylor, North Dakota in 1909. Looking for better grazing land, the family settled twelve miles north of what is now called Watford City.

Johnston and his brother, Andrew, began breaking horses for the Martell Cattle Company and in 1954 Ben purchased and began raising rodeo stock. As the popularity of his rodeo stock grew, an arena was built at the ranch. In 1957 Johnston added bulls to his stock. Ben is credited with giving an abundance of high school and amateur cowboys their rodeo start. His nephews, Carroll and James, are two examples as they both went on to become champions. James was inducted into the North Dakota Rodeo Hall of Fame in 2004.

Johnston was one of the founders and an active supporter of the North Dakota Rodeo Association. Cannonball, Rattlesnake Pete, Bootlegger, and Big Blue were just a few of the outstanding horses he bred. In 1966 Ben decided to get out of the rodeo stock business.

Ben lived a full and active life. On October 14, 1990, he was out checking cows getting them ready to ship out when he passed away just as he said he would – hard at work.