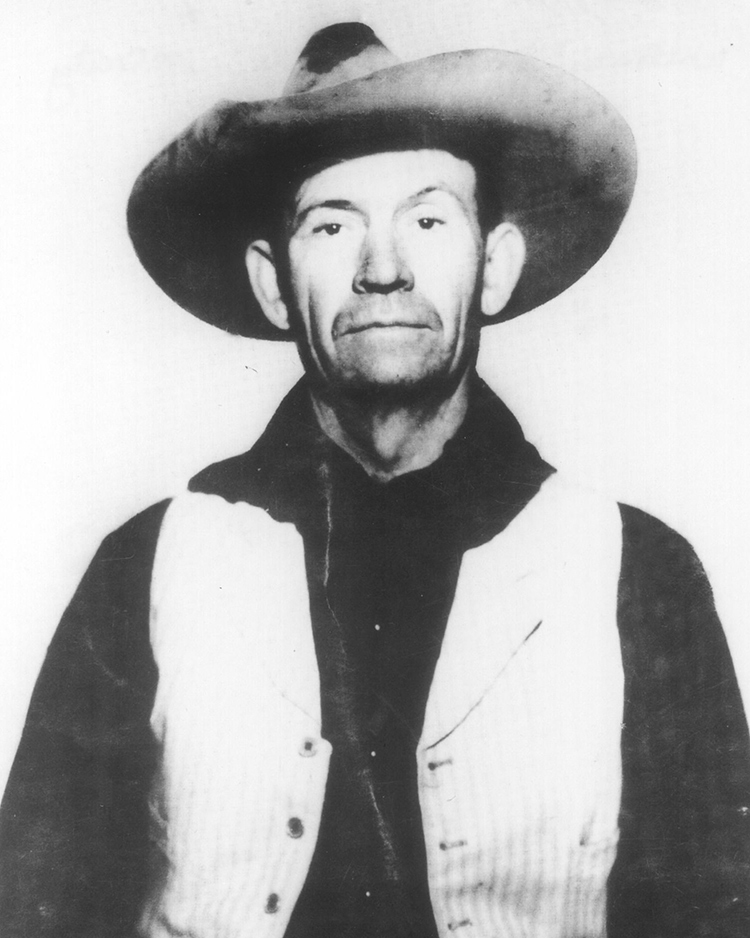 ‘Badlands Bill’ McCarty was a colorful and rugged horse-trading cowboy. Born in Iowa in 1875, Will Harrison was part of a family that moved often. His father died when he was young, and he went to live and work for a family named McCarty.

Bill became hooked on horses early in life and by 1896 had moved on to Texas. He came to North Dakota trailing a herd of horses in 1900 and soon bought the Winn Pease ranch near Alexander. In 1907, he moved down on the Little Missouri River, near the mouth of Magpie Creek, McKenzie County.

That same year, Bill bought 3,500 head of semi-wild horses out of the Columbia Basin to Wibaux, Montana, and trailed them to his ranch. He sold this ranch in 1910 and bought the Eaton Brothers’ Custer Trail Ranch south of Medora, adding other parts of the ranch in 1917 and 1921.

Bill and George Gardner traveled with Buffalo Bill’s Wild West Show. The ‘101 Rodeo’ became Badlands Bill’s traveling show and they took it around the country. Bill won a silver-trimmed trophy saddle at Madison Square Garden in New York in 1903. In 1913, he was instrumental in starting the Miles City Round Up, furnishing stock and serving as the arena director.

He later added purebred Hereford cattle and buffalo to his ranch. In 1931, Bill sold buildings and 2,878 acres east of the Little Missouri River to R.S. ‘Dick’ Johnson and built a new place on his land west of the Little Missouri River, part of the original Custer Trail Ranch. He sold that land to Adolph Burkhardt in 1947, retiring to Medora where he used an old International truck to haul livestock for area ranchers.

Bill had married twice. He died on October 11, 1958, in Beach and is buried in Columbia, Missouri.