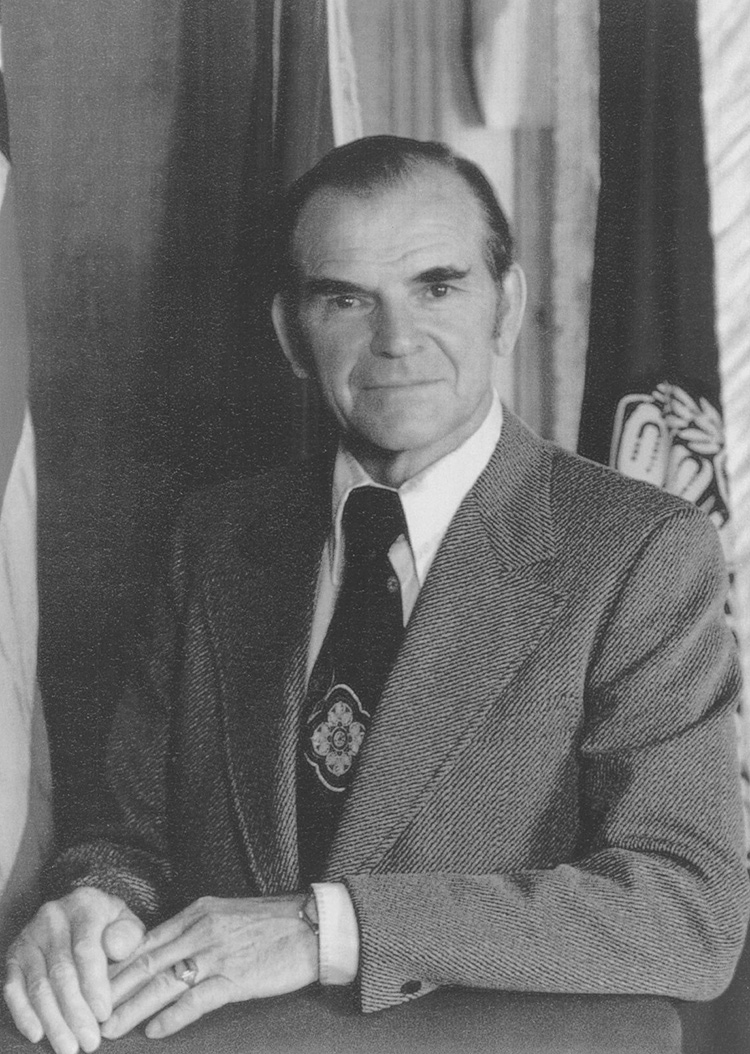 Arthur ‘Art’ Link was born May 24, 1914, near Alexander, North Dakota, in McKenzie County. His father was an immigrant from what is now the Czech Republic, and his mother was from Germany. They gradually found their way to western N.D. and filed a homestead.

Link’s formal education was in a one room country school where he completed 8th grade. In 1929, he enrolled in a two year farm husbandry course at N.D. Agricultural College, completing just one year. He returned home to help his father, who was keen on participating in agricultural organizations. Link took it to heart and continued his involvement with the Farmers Union. He spent the winter of 1937 at Brookwood Labor College in upstate New York learning organizational techniques and broadening his horizons.

Link married Grace Johnson in 1939, built a farm/ranch operation in McKenzie County and a family. By 1951, they had five boys and one girl. The cow/calf ranching operation, operated from 1929 1970, eventually grew to 2,000 acres.

Link was active in township and county boards and organizations, forming the basis for his legislative career that began in 1946 when he was elected to the N.D. House of Representatives, where he served as minority leader for 14 years and, in 1970, to the U.S. House of Representatives. He was elected N.D. Governor in 1972 and chaired the Midwestern Governors’ Conference in 1978.

His accomplishments that continue to benefit N.D.’s citizens are legion. Most importantly, he called for cautious, orderly development of the state’s natural resources. In 2008, a documentary film by the Dakota Institute, Landscape is Quiet Again, captured Link’s indomitable spirit and paid tribute to his tenacity and many good works. He is an avid supporter of the NDCHF, signing up as charter member and serving as honorary chair of the initial capital campaign.

They live in Bismarck where Art continues to keep abreast of political and social affairs. His interest in preserving and celebrating the past are also evident in his roles as chairman of the N.D. Centennial Commission, NDCHF Trustee and charter member of the National Cowboy Hall of Fame. He was also a member of the N.D. Farmers Union, county and state Farm Security Administration committees and the Randolph Township Board of Supervisors and School Board.

Link’s character, wisdom, integrity and determination have been invaluable in preserving western N.D.’s heritage and lifestyle. He passed away in 2010.