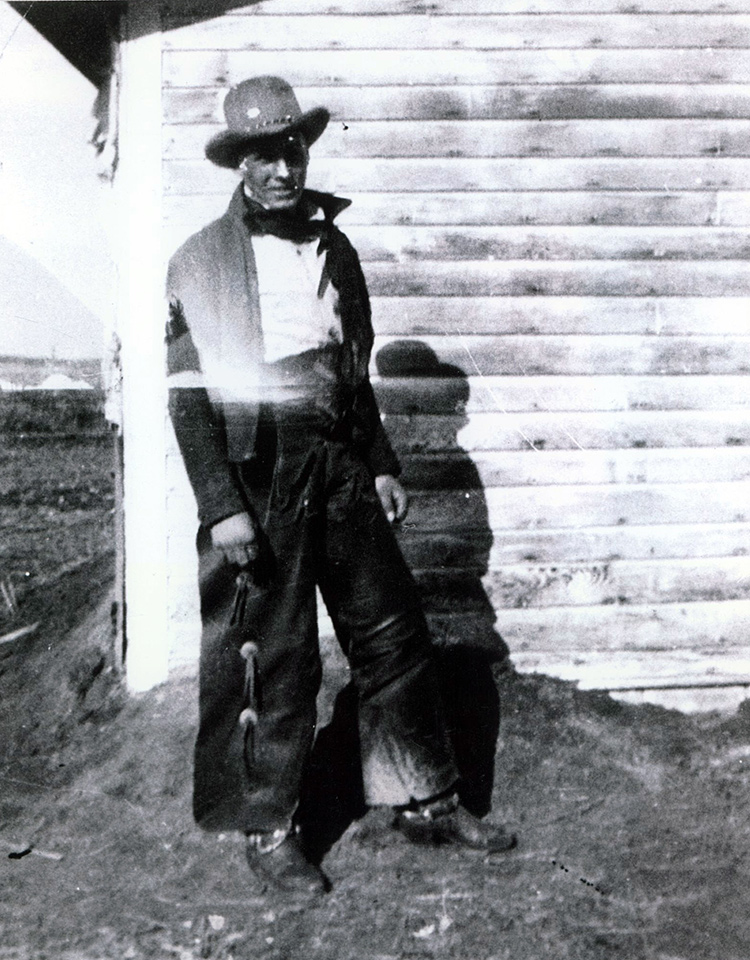 Born July 30, 1852, Arthur Nathaniel Jefferies trailed the first herds of cattle from Texas to North Dakota, bringing 4,000 head of Longhorns. He established the permanent headquarters of the Reynolds Bros. Long X Ranch as one of the stockholders. There were at least four more cattle drives from the Rio Grande north, moving as many as 10,000 head.

During his years as the Long X foreman, Jefferies gathered up some of the most notable cowhands. These included Charlie Armstrong, Webb Arnett, Frank Banks, Jay Grantier, Arthur Mahoney, Daniel Manning, Frank Poe and Wilse Richards. He conducted business dealings with Charles Goodnight, the Widow King from Texas, Lou Chisholm, and with cattle companies leasing land on the Fort Berthold and Standing Rock Indian Reservations in North Dakota.

When the Reynolds Bros. sold the Long X and returned to Texas in 1898, Jefferies formed the Dakota Land & Cattle Co. with Wilse Richards and George Frye. They made a deal to place 4,000 steers on the Fort Berthold reservation; 1,200 of these were shipped from Texas as yearlings. In another dimension of the cattle business, Jefferies and others organized and submitted bids to the federal government to supply horses on the Cheyenne River and Standing Rock reservations.

A.N. used his considerable business experiences and helped establish the ND Stockmen’s Association, serving on the Executive Committee. He joined H.L. Dickinson and Archie Manning in the growth of the town of Dickinson, ND. Jefferies started the First National Bank and invested in many storefront properties.

Among his other business interests, he was a director of the Grand River Bank of Scranton, an incorporator of the Dakota Telephone that established lines north and south of Dickinson, and in investor in various crop businesses raising oats and flax. He served on the Dickinson School Board and guided the construction of the high school.

Jefferies is remembered as one of the early pioneers that helped shape the history of the cattle industry in North Dakota. He passed away August 13, 1909.