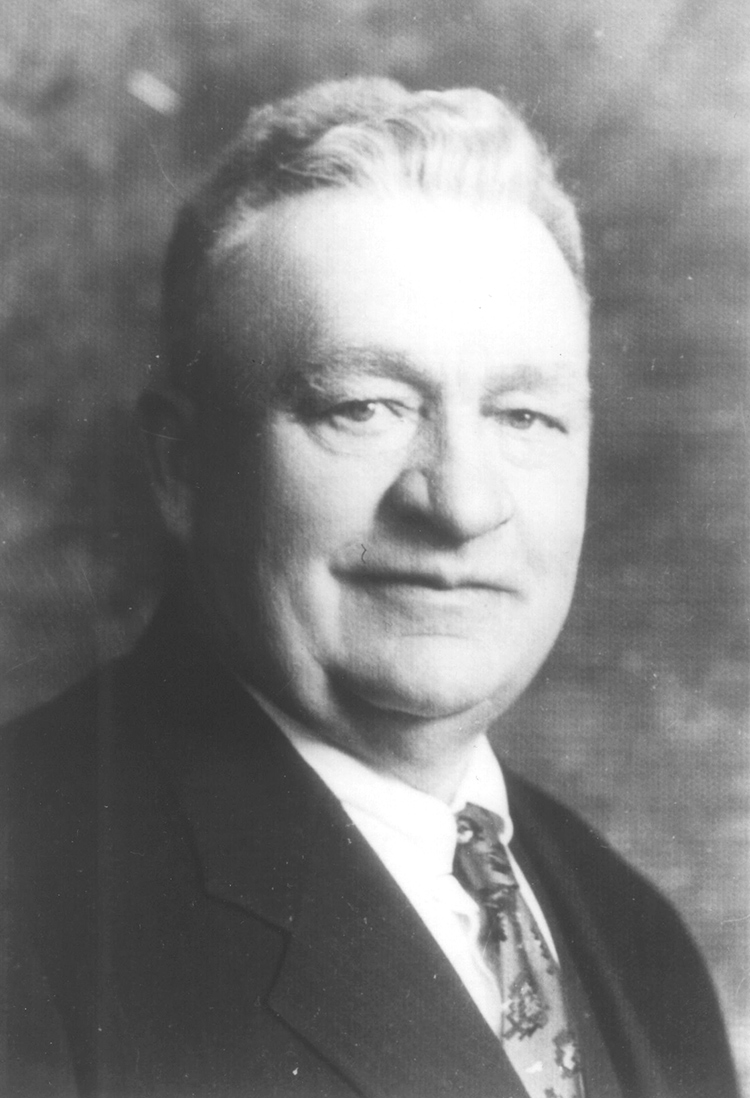 Andrew Voigt was born February 7, 1867, in Saxony, Germany, a son of Wilhelm and Theresa (Meyer) Voigt. The family immigrated to St. Augusta, Minnesota, in 1879.

Andrew married Anna Berger in 1889 and left for North Dakota in 1901 to survey the area. His wife and seven sons–William, George, Edward, Joseph, Victor, John and Frank–joined him in 1902.

Their log home, with its sod roof, was the birthplace of two daughters–Clara and Rose. The couple’s herds of Hereford cattle and Percheron horses and flocks of sheep grew. By 1912, the Voigts moved across the Little Missouri River to about four miles west of Elbowoods on the Fort Berthold Indian Reservation. There they built a frame house with running water and electric lights.

Although ranching was his first love, Voigt and his sons broke sod and farmed more than 400 acres with horses and mules and seeded for feed to sell. To further diversify his operation, he turned to geese, turkeys, chickens, hogs and mules, as well as raising wheat, corn and other grains. Seven of his children became ranchers in western North Dakota.

He was a 50 Years in the Saddle Club member and North Dakota’s sixth honoree to the National Cowboy Hall of Fame and Western Heritage Center in Oklahoma City, Oklahoma, on January 22, 1962.