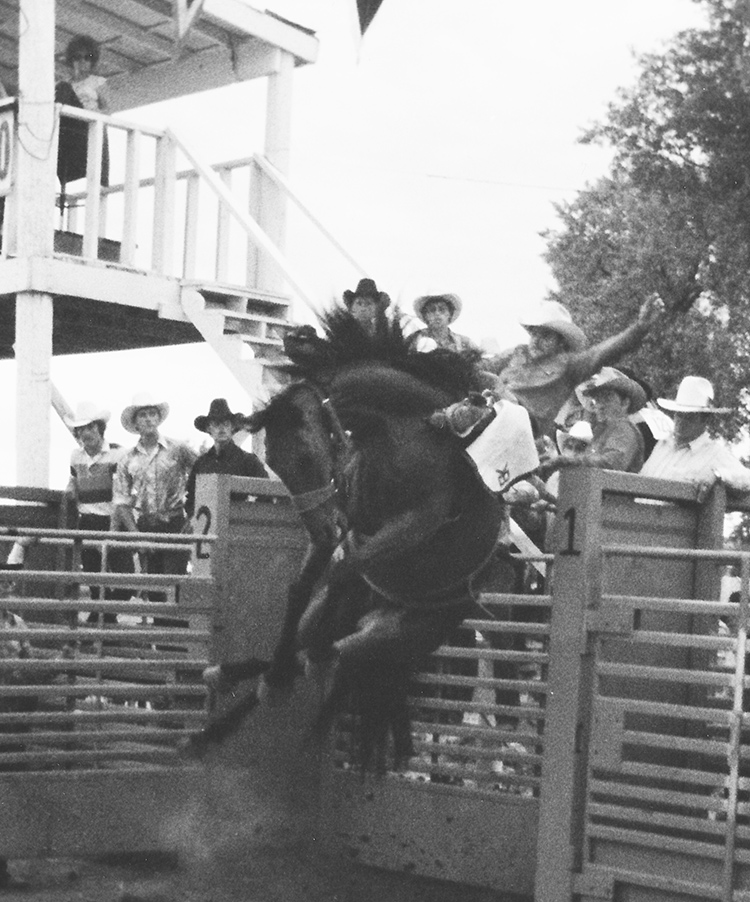 Anchors Aweigh #00 was raised near Blaisdell on the Clarence Wirtz Ranch. In 1971, Wirtz brought him into town to be tried out at the Blaisdell NDRA Rodeo because he didn’t appear to be cut out for regular ranch duties. Maybe he was meant to be a bucking horse.

Cowboys loved to draw “Anchors”. If they didn’t make a mistake, they were almost always guaranteed to win the rodeo, be it outdoors or in, come rain or shine. However, ‘Anchors’ didn’t like people and often had to be blindfolded just to allow the rider to climb on, then he’d buck hard when the ride began and would be bucking just as hard when the whistle blew.

‘Anchors’ dominated the saddle-bronc riding scene in North Dakota for two decades. He was NDRA Saddle Bronc of the Year several times. In 1982, he earned the ‘Most Outstanding Saddle Bronc Horse’ title at the North American Rodeo Commission Finals in Denver, earning his owner $1,000.

Why the name, Anchors Aweigh? Wirtz’s son, Bernard, christened him with the nautical term just before he sailed off with the U.S. Navy to serve in the Vietnam War. Anchors Aweigh was retired from active duty in 1986, at 19 years old.