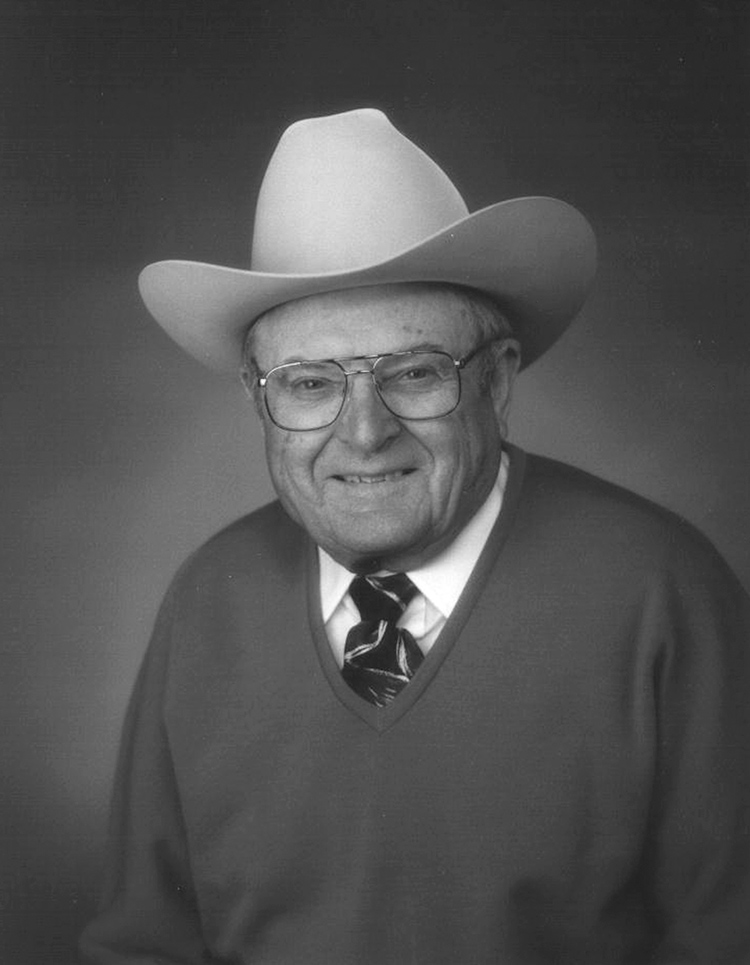 Alick Dvirnak, born in January 1919, was 10 years old when his parents moved their large family into the original log cabin on one of the oldest ranches in North Dakota, the historic Diamond C Ranch northwest of Killdeer on the south slopes of the Killdeer Mountains. Dvirnak lived there until 1992, when he and his wife moved to Dickinson and then to Grand Junction, Colorado.
​
Though his formal education ended with the eighth grade at Oakdale School #1, he learned farming and ranching from his father and neighbors like Anders Madson and Sam Rhoades. Dvirnak remembers shipping cattle by train to St. Paul and Chicago, riding the train with his father, Jack Dvirnak, to the markets.
​
During dry years, Dvirnak was one of a crew that trailed 100 125 head of the Diamond C herd to summer grazing on the Fort Berthold Big Lease. In 1940, eight sections around the Killdeer Mountains were leased and subsequently fenced in. Chopping their own posts, Dvirnak and two others tried to string one mile of fence per week.
​
Dvirnak served in the U.S. Army from 1941 1943. He married in 1949 and with his wife, Grayce, raised a family of six at the Diamond C. He and his brother, John, bought the 8,000 acre ranch from their dad in 1965, splitting the operation in 1985. Dvirnak then ran about 200 cows and a feedlot for the calves. His son, Craig, and family now operate the ranch.
​
He was a 50 year member of the North Dakota Stockmen’s Association and recognized as Dickinson Rough Rider Rancher of the Year in 1994 and by the Greater ND Association for the Diamond C Ranch being in business for 100 years.
​
In 1988, he was honored by the ND Natural Science Society in 1988 for his contributions in helping preserve the state’s natural heritage. Dvirnak has studied U.S. military and Indian history and collects military and Indian artifacts and been recognized locally and regionally for his efforts.
​
Dvirnak hosted many Native American ceremonies at his ranch as the Battle of Killdeer Mountain took place on what is now part of the ranch. He served as a consultant on local and regional early American Indian and ranching history at Dickinson State University in 1984.