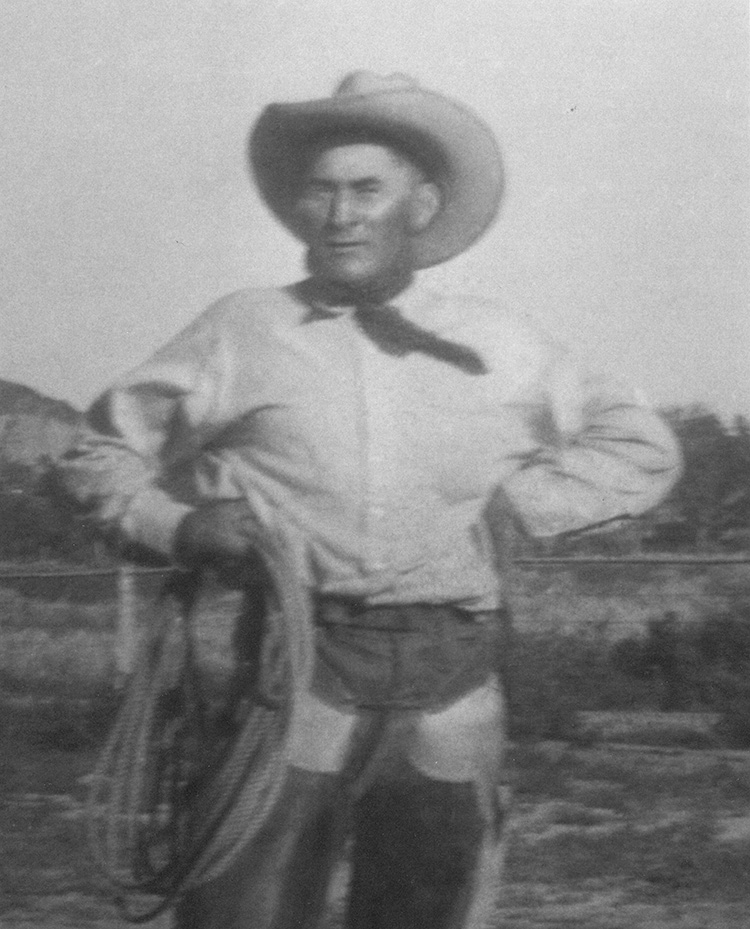 Alex LaSotta was born February 9, 1895, at Royalton, Minnesota. At age seven, he came with his family to Golden Valley County. Shortly after, Alex and his brother, John, ran away from home because of their mean stepfather. The brothers eventually reached the Calamity Joe Meyers ranch on the Little Missouri River and Alex stayed there for three years, working for his board and room.

At 10, Alex went to work for Julius Van Daele for five years and attended classes in Louis Tetley’s living room, which was the only schooling he ever had. At 15, he went to the Lang (also called the Yule or JXL) Ranch, where he became a noted cowboy. He was a top cowhand, an excellent roper and one of the top bronc riders of his time. There never was a horse he was afraid to mount.

Alex participated in and produced rodeos, including those at Golva, Beach and the HT Ranch. Mounted on his favorite horse, Weasel, he was one of the best pick-up men in the business.

He married Hilda Timm of Alpha on September 8, 1915, and they had two daughters–Doris (Strom) and LeNore (Wagner). That year, he began working for C.E. Caudle, foreman of the Phelan Ranch (or 75 Outfit) near Marmarth. One summer, Alex and Hilda traveled with Bill McCarty’s rodeo troupe, touring North Dakota and several eastern states.

Alex homesteaded near the Lang Ranch and eventually built up his “L Open A” Ranch on the Little Missouri River south of Alpha. He was a North Dakota Stockmen’s Association charter member and among the first to receive a card file membership in the Oklahoma City National Cowboy Hall of Fame.

Alex was the proud owner of a Stetson hat presented to him by movie cowboy Tom Mix and that is now at the Pioneer Trails Museum, Bowman. He died in 1937 and is buried in Beach.